The Vulgarism In Nigerian Music By Tolani Faranpojo

Music from its scholarly definition is the production, combination and arrangement of  agreeable  sounds to make  beautiful and sensible meaning to the audibility of people. Isn’t it funny animals in their low sense of intellect understand and react to music too, this is a caption for another day. My view this morning is the systemic…”
Yusuf
Op-Ed 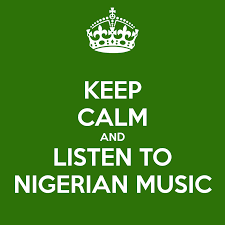 Music from its scholarly definition is the production, combination and arrangement of  agreeable  sounds to make  beautiful and sensible meaning to the audibility of people. Isn’t it funny animals in their low sense of intellect understand and react to music too, this is a caption for another day. My view this morning is the systemic organisation of the 21st century afro-pop music in Nigeria, its avid and vulgar centered display of musical rhymes and lyrics, upshoot and nonchalant features of the wrong side of and to morality and the crazy influence, impact and the social implication on people.

Oh someone really wants to dance to the groove at the moment, it is so understandable, our music is definitely groovy. Yeah, afro pop music genre is the only genre in Nigeria with interestingly the most highly commercial music probably because of the style of performance. This genre is such is such a blessing from mother nature to Nigeria.

The major militating factor about the performance of this genre is the use of generic vulgar lyrics and the glorification of mind play immoral imaginations. Believe me brethren, afro pop in the 21st century in this part of the world isn’t a kind of musical genre children should grow up listening to, the damning effect in the minds of  toddlers is not quantifiable, hence a serious and heart heardning position, mentality and disposition to life.

Suffice me to say this, morality, ethics and a sense of human value as to musical expression is sometimes lost when super star artist comes up with lyrics to fit in with the genre. All manners of wrong, swear and devastating words are used, raw and words pointing to negativity, videos that portray immorality, crazy offshoot of sexual appeal, the vocal expression that paints sexual appeals to the human minds, lyrics that would never spurn your mind to positivity, pynageric praise of rich scammers, fraudsters and rogues who in every sense with a serious command for .

Nigeria although blessed with great people and resources is a country with a whole lot of challenges and i strongly believe that beautiful lyrics that would challenge us to talking against what is said about the nation should be produced. Wake up every morning to songs that would remind you of your duties as to what you owe yourself and your environment. The richest music producers and artists in Nigeria obviously are the ones responsible for this out this manner of musical utterances. The psychology behind  music appreciation shows that, a higher percentage of Nigerian music lovers want to hear illicit and moral corrupting lyrics. Maybe this is actually a part of the reasons the country is struggling, crawling and cannot standout with her fellow. You are what you produce, you attract who you are.

We see young and talented vocalists come out with something aesthetic, passion pushing, right in every sense of morality and creative in performance, oh no, the next rumble we hear is ‘ give us what we want’ and yeah when this is jumping everywhere, it is worthy of note to understand that whatsoever passion and creativity muscled  into your music isn’t accepted. We see artists go from good and innocent to bad and corrupt. The younger generation shave their minds and have their mental disposition changed, and again, the consistency in the production of this ears covering music has allowed for the quick and fast growing acceptance of this. It is now normal. It drives our day to day activities. It is even finding its way and acceptance in our religious institutions.

We are not safe, vulgar words have a way of affecting the human minds. Music isn’t just a recreational tool but also a very strong channel for information and also for mental build up. Dangerous drugs, fake lifestyles, high criminal activites and all forms of moral decadence have creeped into our ever increasing youthful lives and vigor via what we watch and hear hence affecting what we live out. The power of music can never be undermined, and yeah a careful interview with drug addicts, internet fraudsters, young prostitute and damaged people would in most cases point to their music celebrities who have grossly encouraged these livestyles obtainable from the vulgar words in their music.

Music is a beautiful gift from mother nature but can also be dangerous if not managed, channelled and also valued more than its scholarly definition of it agreeable to the human hearings but also with its very large influence on the human soul. Vulgar expression in our day to day music has come, but its staying and having a voice over our consciences depends solely on how we choose to see it. Should we because of the serious financial gains from the production of such music not take a stand against what is obviously destroying lives and mentality?

SCORECARD: In Remembrance Of The Aregbesola Years

Poverty Is Bigger Than Our Division