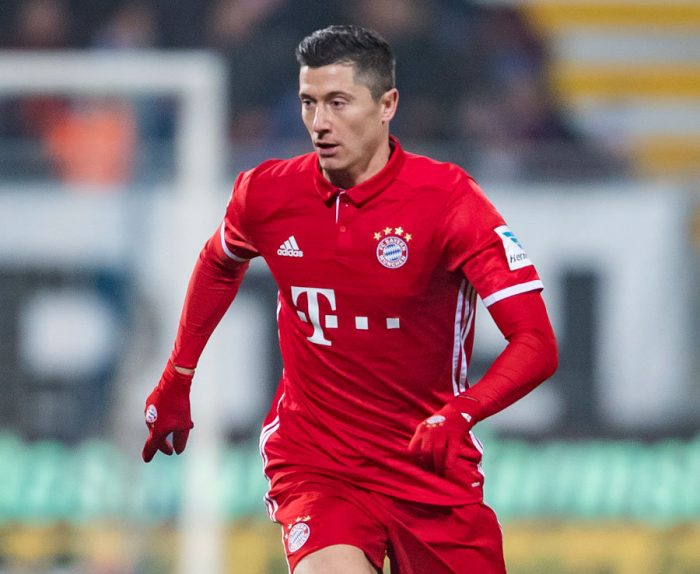 The Bayern Munich striker Robert Lewandowski has urged Bayern Munich to find a new striker to replace him – when injured – with the Poland hot-shot sidelined for Tuesday’s Champions League match at Celtic.

Bayern faces the Scottish champions at Glasgow’s Parkhead in a Champions League clash minus Lewandowski, who injured his thigh playing for the Bundesliga leaders at the weekend.

With Lewandowski out, there is no senior specialist striker in the matchday squad in Glasgow, where Bayern need a win to stay in touch with Group B leaders Paris Saint-Germain.

“At the moment, there is no backup for my position,” Lewandowski told German magazine Kicker.

“No-one can last 90 minutes over the whole season and play every three days.”

Bayern head coach Jupp Heynckes will have to innovate up front with his starting line-up against Celtic.

Teenage striker Manuel Wintzheimer has been called up from Bayern’s Under-18 team as reserve striker Kwasi Okyere Wriedt is not registered for the Champions League.

Heynckes has enough stars in his squad to find a solution against Celtic.

“You can play a 4-4-2 with Arjen Robben and Kingsley Coman up front or you can put both on the wing and use a midfielder as a false Nine,” he said at the pre-match press conference.

Bayern’s director of sports Hasan Salihamidzic has said they are “looking into” recruiting a new striker to sign during January’s transfer window.

That could be more difficult than it initially sounds.

A possible back-up for Lewandowski must be comfortable spending most of his time on Bayern’s bench – an unrealistic scenario for any top striker who would want to prove his form with the World Cup on the horizon.

Also, the Champions League rules for the knock-out phase are not in Bayern’s favor.

According to the regulations, a club can register up to three new players by midnight on February 1, but they must not have played for another club in the group phases in the same Champions League season.

Martins Injured, Out For Seven Months