President Uhuru Kenyatta has said he would abide by the ruling of the Supreme Court in Kenya which nullified his reelection victory last month. The judgement, which was delivered by the court Friday morning, saw three of the six-man bench dismiss Mr. Kenyatta’s victory as null and void. The judges ordered that a re-run poll…”
Editor
World News 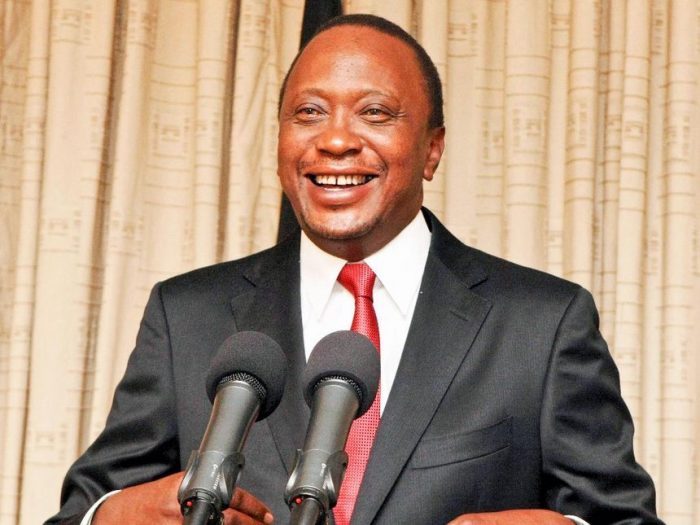 President Uhuru Kenyatta has said he would abide by the ruling of the Supreme Court in Kenya which nullified his reelection victory last month.

The judgement, which was delivered by the court Friday morning, saw three of the six-man bench dismiss Mr. Kenyatta’s victory as null and void. The judges ordered that a re-run poll be conducted within 60 days.

“The presidential election held on August 8 was not conducted in accordance with the constitution,” Chief Justice, David Maraga ruled, according to Kenya’s The Nation Newspaper.

Mr. Maraga was joined in the majority opinion by two other judges. Two judges dissented in the ruling while the last judge was at the hospital, according to Kenyan media reports.

The ruling favoured Raila Odinga, head of the country’s main opposition who had challenged the electoral commission’s announcement of President Uhuru Kenyatta as the winner last month.

In a nationwide broadcast which was later uploaded on the Internet, Mr. Kenyatta said he would abide by the judgement, “although he didn’t necessarily agree with its principles.”

“We believe in the rule of law,” the president said, before lashing out that, “six people have decided they will go against the will of the people.”

He rallied Kenyans to remain peaceful while expressing confidence in his popularity and ability to emerge victorious in the re-run.

Mr. Odinga said he would channel some energy into fighting the electoral commission officials whom he castigated as criminally biased.

But Mr. Chebukati pushed back against allegations of unfairness, vowing to remain in office amidst calls for his resignation.

African democracy experts deemed Friday’s development an affirmation of Kenya’s robust judicial system, in comparison to most countries on the continent.

“The courts in Kenya have long been the envy of activists and pro-democracy forces throughout Africa,” said Jeffrey Smith, Executive Director of the Vanguard Africa Movement, in an interview with PREMIUM TIMES.

“Today’s Supreme Court decision only reinforces that perception and further bolsters the rule of law, today and going forward, in Kenya.”

Mr. Smith, whose organisation focuses on advancing good governance and reform across Africa, said Kenyan leaders must take caution to avert the aftermath of a similar ruling in Cote d’Ivoire in 2010.

A major crisis broke out in the West African country following the annulment of the election victory of Alassane Ouattara by the Constitutional Council, the country’s equivalent of a supreme court.

The court then pronounced Laurent Gbagbo, the incumbent at the time who had challenged the results, winner of the election. It was the first time a court will annul the victory of a presidential candidate in Africa.

But the international community, including Ecowas, rejected the conclusion of the council and recognised the victory of Mr. Ouattara, then leader of the opposition.

Mr. Ouattara was later inaugurated as president. He won a reelection in 2015 with 84 per cent of the votes.

Mr. Gbagbo was arrested in April 2011 and was transferred to the International Criminal Court where he’d been facing charges since 2016.

He pleaded not guilty to all charges, which include murder and rape.

“Let’s hope the same does not happen in Kenya, and that elected leaders in particular urge calm, peace, and deference to the law,” Mr. Smith said.

Russia says It Is humiliating to go to Olympics without flagships