Hon. Rotimi Olowo Rewriting of the Budget is an impeachable offence. The Government has been shut down and our roads are in a sorry state. There must be continuity of projects in the budget and this is not followed. Borrowing without informing the House is impeachable. IPP is being owed. If the Governor is tired,…”
Editor
News 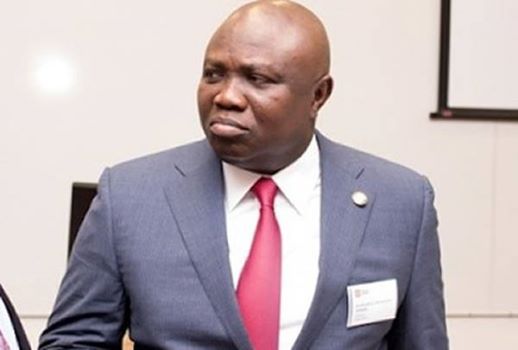 Rewriting of the Budget is an impeachable offence. The Government has been shut down and our roads are in a sorry state. There must be continuity of projects in the budget and this is not followed. Borrowing without informing the House is impeachable. IPP is being owed. If the Governor is tired, he should resign.

When you apply for a job, and you are given, if you are tired, you can leave. If the Governor is tired, he should go. The budget is a law, when we pass a budget, they rewrite their own. What they say is that they are above the law. If you go to Alausa today, all the MDAs are shut down. All their files are with the Governor and he did not work on them.

This is a non-compliance with the rule of law. The state is about to be totally shut down, so we should checkmate the situation. If the Governor is tired, he should throw in the towel. We cannot keep on standstill because some people are tired.

Three years down the lane, the executive cannot tell the people of Lagos that they don’t know what they are doing. It is obvious that the Governor is tired, so they should all go. They even made a mistake in the letter they wrote to the House. Lagos State used to present its budget before others even before the Federal Government. They ought to work based on the budget or they come for reordering. All government agencies have been rendered useless, civil servants are sleeping in their offices. The State House of Assembly must approve the budget. We must pass a vote of no confidence on the Attorney General, Commissioners for Budget, Finance, the Governor and the Deputy Governor.

The Governor has always been disobeying our motions. They refused to follow our motions on the environment, which is why everywhere is dirty. If you look at the various projects not provided for in the budget that are being done, then it is breach of the constitution. The people concerned should resign before we invoke the aspect of the constitution that gives us power to remove them from office. We should make it clear that there have been warnings from us.

This is a matter of constitutionality and it is about the law. We all swore to uphold the law. If you breach the law, there is a consequence and the best is for the House to begin an impeachment process.

There is no need for virement according to the constitution. I don’t think there is any budget before the House. The constitution states that the budget must be laid and it is a gross misconduct. So, we should do the needful.

We received the money from Paris Fund and other funds, the executive did not take permission before they spent the money.

The government is not moving forward. Our party is the APC and we are doing well. The government is not putting us in the light and we have the oppositions that are watching us. No budget has been laid before the House. The key members such as Attorney General, Commissioners For Finance and Commissioner for Budget and Economic Planning. The needful is impeachment.

I support the fact that they should resign if they are tired.

This is a deliberate attempt by the Governor not to bring the budget before the House. He is surrounded by erudite lawyers that ought to have advised him. Public Works, LAWMA, IPP are not working. If it would be necessary to sign and send him out of office it would be okay.

It is clear that there are infractions and impeachable offence committed. The defences of the commissioners are not tenable.

There have been abuse of the constitution and disobedient to the constitution. Spending without making a recourse to the assembly is an impeachable offence. The best thing is to show him that we are representing our people and that we are not here for fun. The best thing is to let them know that we mean business. The Permanent Secretary/Accountant General that is talking about 25% spending should be brought to book.

The financial misconduct of the Governor is obvious and we should begin an impeachment process.

The situation is an unfortunate one. Section 121 of the Constitution states the the appropriation bill should be laid before the House and this has not been done. It is an abuse of office and an undue influence by the Governor. We can start an impeachment process and pass a vote of no confidence on some of the members of the executive.

We are the voice of the people of Lagos State and we perform oversight functions to ensure that the government do the best for the people. Accountability is not being done here. Section 121 made it clear that the appropriation bill should be laid before the House. Section 122 states that if that has been done, you can now spend 25% of the budget estimate for a period of six months. We need to forward the infractions to the Governor. The tax payers should know what their money is being spent on.

The infractions are too grave, there is a problem and we need to do what is right. The government must be held responsible for their actions.

The Governor and his Deputy should tender their resignation letter.

I am sad over the revelations by what the Deputy Speaker read and during our interactions with the executive. The business of governance is not based on sentiments, it is based on law. Section 120 of the Constitution that talks about the public fund is very important. Public fund does not belong to any of us, it belongs to the people of Lagos State. Section 120 subsection 2 States that no money should be withdrawn from the accounts of the states unless it is approved by the House. All the violations amount to gross misconduct. Section 188, defines gross misconduct. We strongly believe that essential services that ought to be met are missing in the state. I am in line with the statement and decisions of the members that if the executive members are not ready for governance, they should resign or should be impeached.

The constitution is clear that there is punishment for any offence.

I want to support my colleagues that the offences are impeachable and we should activate the process immediately.

A budget is financial instrument that analyses and interprets the financial expenditure. Since 1999, Lagos State has always been presenting its budget as at when due, but that has not been done. The financial regulations and the constitution have been breached. We should start a process of impeachment immediately.

There is a vagrant abuse of the constitution, which is an impeachable offence.

It is an issue of flagrant disobedient to the constitution. A review of a previous year’s budget is a precursor to the approval of the new budget. A review of the 2018 budget shows poor performance. MDAs complained of inability to access their funds. All these infractions should be communicated to the Governor for his reaction and if he fails to do so, the House can begin a process of impeachment.

Today is a sad day. The executive just moved money from one ministry to another without recourse to the Assembly. When all these happen, it shows a total disregard to the budget being passed by the House. We should get across to the Governor to explain himself or else we should begin an impeachment process.

The next is for the Governor to resign or we should begin an impeachment process against the Governor. We can communicate to him to reign or failure to do that is for us to start collecting signatures of lawmakers so that we can be seen to have done our job.

I want to adopt what has been done without wasting much time. There have been some infractions on the part of the Governor and the position of the law is clear.

I saw this coming like an ocean surge. The Attorney General wrote the House to withdraw the private member bills before the House. One has been noticing that there would be crisis. The report I saw with the Deputy Speaker shows that the 2019 budget is being implemented.