Entertainment In Osun Is Still At A Low Pedestal – Osunboymoj

Mojeed Olakunle, a graduate of Civil Engineering from the Ekiti State University, Ado-Ekiti, is an Osun-based hip-hop artiste who has been using his music to promote Yoruba culture and value, and campaign against drug abuse. OSUN DEFENDER reporter, SODIQ YUSUF caught him on rehearsal and had a chat with him. Excerpts: When did you…”
Yusuf
Entertainment featured 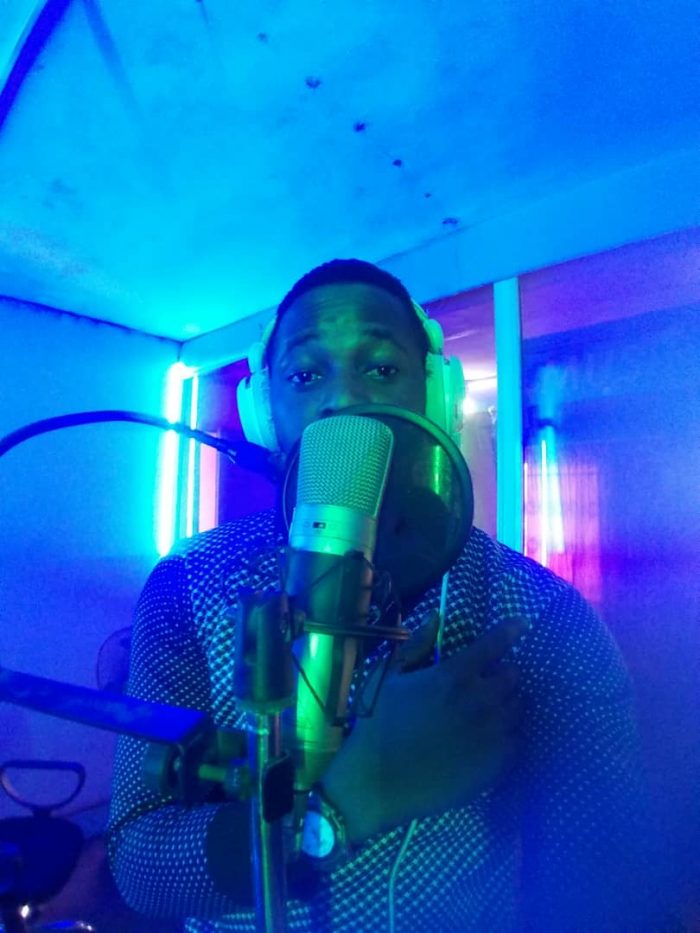 Mojeed Olakunle, a graduate of Civil Engineering from the Ekiti State University, Ado-Ekiti, is an Osun-based hip-hop artiste who has been using his music to promote Yoruba culture and value, and campaign against drug abuse. OSUN DEFENDER reporter, SODIQ YUSUF caught him on rehearsal and had a chat with him. Excerpts:

When did you start singing?

I have loved music since childhood. I started singing when I got out of secondary school. My love for singing grew when I was in 300 Level in the university. I had tried recording some songs and was with varying artistes in the studio. These and many more culminated in me recording my first few songs. The first music I personally released was ‘Can’t Bring Me Down’ released in 2014, ‘Say No To Drugs’ in 2017 and ‘Asa Wa’ in 2018. There are other numerous songs to my credit but they have not been released officially. I have also featured in several collaborations.

What inspires your music?

My inspiration is Allah, the author and finisher of our faith. As a Muslim, I believe everything comes from Him. I get inspiration from God and what happens around us in the society. I am also inspired by the need to promote our culture and tradition; campaign against drug abuse and work towards fast-tracking development in our society.

Tell us more about your songs and the content?

I value content a lot. In fact, two of my released songs are thoroughly researched and depict the going zone in the society. ‘Say no to drugs’ was a song initiated by the need to further deepen the conversation on curbing drug abuse and engaging in the use of fake drugs. I made the song when I was a corps member and learnt about the hazards involved in fake drugs. I also wanted to get the attention of the NDLEA with it. I am available and irrevocably committed to such causes.

The other one is Asa Wa. The focus of that is to re-emphasize the need for value reorientation and giving the needed attention to the promotion of the rich Yoruba socio-cultural heritage. I also fantasize and love culture so much that all my ideas could not be captured in four minutes. My songs are always directional and focused at important aspects of life even though I do love and admire street songs too.

What is your opinion about the entertainment industry in Osun?

Osun is really a blessed state. We have loads of talents in almost every strata and field. In music, I have a lot I draw inspiration from. In every corner of the state, we have someone doing either something or so. We are all good in what we do. The administration of former governor Rauf Aregbesola really gave entertainers in Osun the opportunity to thrive. At some point, the government replicated the Countdown to the New Year programme in “Osun Countdown” to celebrate us annually. Besides this, the government up till date supports our programmes and concerts even without financial backing.

However, the entertainment culture of the state is still at a low pedestal. Aside comedy shows, it is pretty difficult for a local artiste in the state to organize a show and sell-out without the presence of an “A” List artiste in the country.

A private media organization in Osogbo organized a concert to celebrate its anniversary sometimes ago. I’m sure that most people who attended the concert were given free tickets. Our people are not used to such before and they are trying to adapt to the environment.

I think our people need more orientation as to celebrating their own and the cultural potentials of our dear state. Government should also help in this regard with more promotion.

What challenges do you face?

Finances! I come from a family where we are not poor, nor rich. I have a long list of songs I should have recorded but cannot, due to financial constraints. I feel that if I have the opportunity to get more resources or the support from a record label, I would move fast and grow steadily in the music industry. I am also a graduate who has completed his one-year service to my fatherland (NYSC) for over a year, but I have not been able to raise enough finances because I am currently unemployed. If I can get the needed support morally and financially, I would become the next hotshot in the state by the grace of Almighty Allah with the quality of work and the passion that drives my music.

Where do you see yourself in the next five years?

I see myself as a superstar Engineer who combines music with my calling. I am also interested in mentoring young people and being a reference point in my fields of endeavour. In all, I want to be a celebrity that would promote the good things embedded in the State of Osun to the outside world.

OBSERVATION: What Is The Big Deal?