Various Voices On Sales Of Properties

Lawyers have continued to sing discordant tunes over the legal and proper procedure to adopt in disposing of recovered properties suspected to be from proceeds of crime, which were forfeited to the Federal Government. This is after sheer lack of trust in the Economic and Fiscal Crimes Commission (EFCC’s) reports on recovered looted funds and…”
Editor
featured News 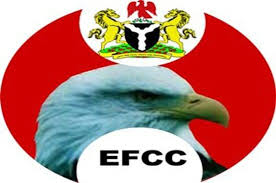 Lawyers have continued to sing discordant tunes over the legal and proper procedure to adopt in disposing of recovered properties suspected to be from proceeds of crime, which were forfeited to the Federal Government.
This is after sheer lack of trust in the Economic and Fiscal Crimes Commission (EFCC’s) reports on recovered looted funds and properties, as well as, in the Federal Government’s ability to sell in a transparent and accountable manner.

It was Ekiti State Governor, Ayodele Fayose, who charged government to publish the list of owners of recovered assets before they are disposed of, as well as, the names of new buyers.

While some legal practitioners are of the view that the President Muhammadu Buhari-led government cannot be trusted to do the right thing because of the secrecy that has shrouded the management of these recovered assets (both cash and landed properties), others insist that the government should not be dictated to on how to execute the sales.

Abuja-based Senior Advocate of Nigeria (SAN), Chief Mike Ozekhome, did not only applaud Fayose for speaking the minds of Nigerians, he also described the Buhari-led government as the worst since the amalgamation of Nigeria in 1914.

He equally alleged that the properties so far recovered have either been distributed among government cronies, or sold below current value to party loyalists.

He said: “Fayose was right in challenging the President and the government to publish the list of assets so recovered; how much money has been recovered; properties recovered; where they are located; who owned them, and if they have been sold, to whom and under what circumstance.

Last year, I wrote a 10-page letter to the Vice President, Professor Yemi Osinbajo, stating exactly what Fayose is saying today – asking Osinbajo to tell Nigerians how much has so far been recovered in terms of money; where the money is kept; if it is being used, and who appropriated the money to be used.

“In term of the properties – the shopping malls, the houses, the land, I challenged the government to tell Nigerians where all that the EFCC has recovered from the so-called corrupt politicians are. Has any of them been sold, to whom and how much? Was the process transparent; was there any bidding to inform Nigerians that such properties were going to be sold? Was there any advertisement or they were done ‘Nicodemusly’ like witches and wizards in the coven?

So, Fayose is only adding his voice to mine because I did not only say it, I also wrote a letter last year June to that effect for which he did not even reply, though I gave him 14 days within which to reply,” he stated.

On the legitimate processes of disposing the recovered properties, he said, “The best way is to first, publish the properties to be sold in national dailies by way of advertorial. The government should buy space in about six national newspapers with sensitivity to different areas of the country.

It should publish the entire properties to be sold and also the total sum in different currencies so far recovered; where the money is quarantined – if it is in any commercial bank, kept in the Central Bank of Nigeria or governed by TSA. And if any part of the money has been used, who gave the authority to do so? Was it budgeted for, was it appropriated by the National Assembly or the government simply dipped its hand in the treasury and used it?

“The same rule goes for properties. The list should be in national dailies so that the whole world will read it. We should know the people the government wants to sell the properties to, and the conditions for sale. The government should let us know what its wants to use the proceeds for. In fact, such proceeds should go to National Revenue Fund to be distributed under Section 162 of the constitution, to the three tiers of government.”

Ilorin, Kwara State-based lawyer, Mallam Yusuf Ali, counselled the Federal Government to ensure that there are proper guidelines and rules on how to sell off the properties.

According to him, “there has to be proper rules in place to ensure that there is absolute transparency to avoid under valuation of the properties,” he said, adding that it is not necessary to publish names of the owners of those properties because their new buyers would eventually know them.

He continued: “There will be documents after all the transactions, so I don’t think it is right to start advertising the names of their former owners. Under the EFCC Act, there are provisions for final forfeiture of assets. When they start investigations, they will go with an ex-parte motion to ask for interim forfeiture, which would be made absolute.

So, that must take place before the government can dispose of any asset. Again, it is not proper to publish names of the owners of those properties because not many of the owners of forfeited assets are convicted…,” he said.

However, the immediate past General Secretary of the Nigeria Bar Association (NBA), Mazi Afam Osigwe, disagrees with the manner, which the assets were being recovered, querying the powers of the courts to make final forfeiture orders on properties of suspects not convicted of any crime.

“I have always had my reservations about the way that the EFCC goes about the recovery of the assets. Unless where a fellow unilaterally surrenders an asset, I doubt whether the court can make final forfeiture order without conviction.

“My understanding of the law is that there needs to be a conviction. Looking at sections 20 (1), 21, 24, 25, 29 and 30 of the Economic and Financial Crimes Act 2004 and Section 44(2) (k) of the constitution, forfeiture of assets is temporary pending investigation or enquiry. The law says that the court should grant interim order of forfeiture. Section 30 of the EFCC Act says after the person has been convicted by the court before it can make final forfeiture order.

“So forfeiture is for government to take temporary possession to avoid the assets being dissipated. I believe that the act of the courts ordering final forfeiture of assets of persons who have not been convicted should be tested at the higher courts.

On the selling of forfeited properties, Osigwe said, “In the absence of confidentiality of record, the government should publish details of those from whom those assets are recovered from, and also give adequate time for people to value them before making offer, or selling them. An open policy should be used in disposing them,” he said.

Abubakar Shamsudeen, a Lagos-based lawyer, is of the view that no one should dictate to the government the procedure to adopt in disposing the assets once the courts have made the orders as the properties are now possessions of the government.

His words: “No one can dictate to government how to dispose forfeited assets, not even the owners of those properties. When the court gave the owners opportunity to come forward, why didn’t they show up to challenge the government?

Former Deputy Director General of the Nigerian Law School, Prof. Ernest Ojukwu (SAN) disagrees with Shamsudeen, and insists that, “the government should comply with the Public Procurement Act, and the process should include widely circulated advertisements of the properties with details that clearly and easily identifies each property. The advertisement would call for bids,” he advised.

While an Abuja based lawyer, Abubakar Sani, thinks “public auctions are ideal for obvious reasons… Let them go to the highest bidders,” Chief Emeka Ngige (SAN) thinks the most appropriate approach is to publicly list the assets, evaluate them using renowned quantity and estate surveyors, and thereafter invite renowned firms of chartered accountants to auction the assets to the highest bidders. In other words, transparency and due process must be the watchwords.

Nature Has Smiled On You, Oranmiyan Tells Aregbesola On Birthday