The Bible never fails to illuminate. A famous forewarning points out the folly of perishing for lack of knowledge. Those who, through the centuries have sensibly heeded to this injunction have kept out of harm’s way and thereby had more purposeful lives. The Christian Association of Nigeria (CAN) have regrettably not heeded this sensible admonition…”
Editor
Editorial featured hero 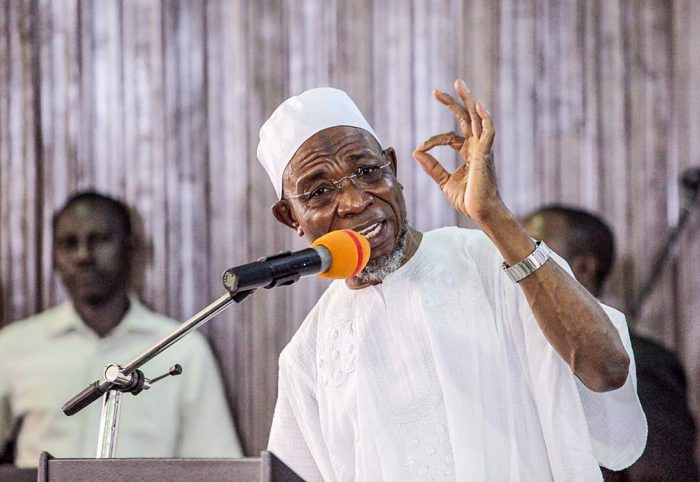 The Bible never fails to illuminate. A famous forewarning points out the folly of perishing for lack of knowledge. Those who, through the centuries have sensibly heeded to this injunction have kept out of harm’s way and thereby had more purposeful lives.

The Christian Association of Nigeria (CAN) have regrettably not heeded this sensible admonition with their ill-thought out allegation that the floating of the Sukuk Islamic bond by the federal government is meant to Islamise the country through the back door.

CAN, in a statement on Tuesday in Abuja by its General Secretary, Rev Musa Asake, demanded the abrogation of the laws and framework behind the bond and threatened to seek legal redress if that was not done.

This ludicrous position must be repudiated by both Christians and Moslems, as it is aimed at stultifying the sustainable development of the economy. For a start, Islamic finance products have grown by leaps and bounds in the past few decades across the world. This is because it has met a need and closed a gap in the market. A few years ago, the Bank of England, the Central Bank of United Kingdom set up a dedicated Islamic finance desk which has grown in geometrical proportions, way ahead of expectations. Revered international institutions such as Goldman Sachs and so forth also have fast growing dedicated Islamic finance desks. At home in Nigeria, over 73% of the customers of Jaiz bank, an Islamic institution are Igbo traders who are virtually all Christians.

This also confirms the foresight of the Governor of the State of Osun Ogbeni Rauf Aregbesola. We may care to recall that Osun, under Aregbesola had in 2013 floated a N11.4bN Sukuk bond to fund government’s massive education infrastructure provision projects.

Modern international banking itself arose out of the Crusades and the attempts to capture Jerusalem in the middle ages. The knights Chevaliers, a Roman Catholic holy order benedicted by the Pope, created such things as letters of Credits, Bankers Acceptances and so forth as they swept across ill-defined, not yet national borders. Do we now call investment banking Roman Catholic banking which should not be used by other Christian denominations as well as Moslems, Hindus and other religious groups?

Nigeria inherited the present Anglo-Saxon banking model from British colonialism and it has largely failed to deliver the development goods. Even in the Anglo-Saxon heartlands, it has long been seen as a problem.

For example, in 1945, a left-wing socialist government in the United Kingdom, created the World’s first Venture Capital Company – Investors In Industry, as a response to the perceived weakness of the British banking industry to bring in the necessary impetus to rebuild Brittan’s post second world war economy.

Furthermore, in a famous series of articles in the British Sunday Times in 1978, a former Financial Secretary to the British government, Harold Lever, effectively accused the British banking system of acting as a brake on the development of the prospects of British industry. In contradistinction, he pointed out, the ‘Lander’ banking system in British industry’s great competitor, Germany, by emphasising close long-term relationships and low interest rates was taking British industry to the cleaners. The New Deal of President Franklin Delano Roosevelt and the more recent Obama fiscal stimulus both represented an attempt to navigate around the inadequacies of the short-termism of the Anglo-Saxon banking model.

Faced with the need to rebuild the economy, Nigeria must adapt to innovation, new ideas and try to adopt new models. Demagoguery does not help. If the indecorous position of CAN is to be taking seriously, Christian schools must henceforth stop teaching Algebra. As every school boy is aware, Algebra came about from the work of Islamic judges as they tried to navigate their way around the intricacies involved in solving problems arising from implementing the Islamic law of inheritance.

The times call for fresh ideas and innovation, thinking outside of the box and not childish or self-serving.