The probe of the Vice Chancellor, Osun State University, Professor Labode Popoola for alleged financial impropriety to the tune of N106 million has begun to spring bad blood, as the workers’ union of the institution has warned against sweeping the accusations under the carpet. The Non-Academic Staff Union (NASU) of the University in a petition…”
Editor
News Technology 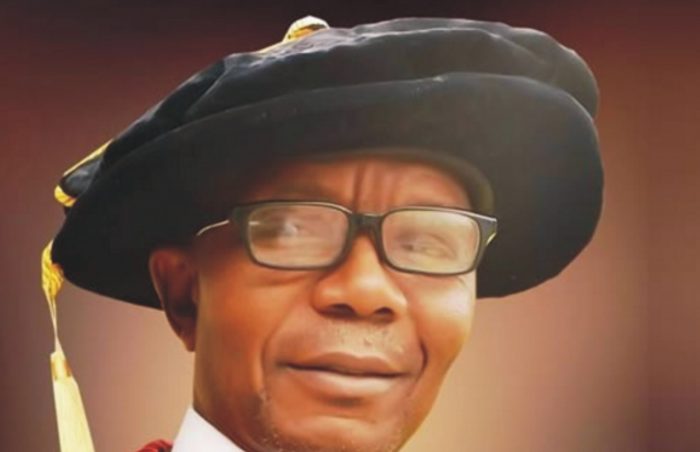 The probe of the Vice Chancellor, Osun State University, Professor Labode Popoola for alleged financial impropriety to the tune of N106 million has begun to spring bad blood, as the workers’ union of the institution has warned against sweeping the accusations under the carpet.

The Non-Academic Staff Union (NASU) of the University in a petition to the Governing Council, led by Mallam Yusuff Alli (SAN), dated October 18, 2017 and signed by the Chairman and Acting Secretary of NASU, Comrade Isaiah Fayemi and Comrade Dada Kunmi respectively, has accused Popoola of financial impropriety, alleging that since inception of his tenure in November, 2016, he has siphoned and mismanaged the institution’s N106,607,592.00.

The Governing Council has reportedly, upon receiving the petition, set up a panel to probe the allegation in its meeting of Friday, 20th October, 2017.

A copy of the petition tittled: “Reasons Why The Vice Chancellor, Prof. Labode Popoola Is After NASU,” said the already siphoned amount “does not include lopsided awards of contracts, inflation of contracts sum, jettisoning of due process in the award of contracts and turning himself to contractor. “

The petition read in part, “Permit us to say that we are worried that the VC, Prof. Labode Popoola has been able to successfully commit all these under your watch as the Governing Council Chairman going by your antecedents. We are not also surprised because he (VC) has been boasting that he (VC) is in control of the Governing Council under you watch. Sir, his actions so far also confirmed the statement.

“Mr. Chairman Sir, we are reliably informed that the Vice-Chancellor, Prof. Labode Popoola has written against NASU to the Governing Council for a sole purpose of blackmailing our union.

“If the VC is not predetermined to unjustly deal with NASU in order to cover-up his dirt, why is he monitoring our congress? Or can’t we gather together again as enshrined in Section 40 of Nigerian constitution of 1999 as amended.

“All these against NASU, he (VC) is doing because he must have been informed that NASU is the only union that can expose his financial impropriety. Sir, NASU members have refused to be intimidated, humiliated, and victimised by the Vice Chancellor or anyone at the corridor of power because our Union stands for truth, justice, equity and operates with facts and figures.”

“We therefore call on the Pro-Chancellor and Chairman of Council, Mallam Yusuf Ali and the entire members of Council to do the needful and convince the entire staff of the Osun State University that he (VC) is not in control of the Governing Council. The leadership of NASU UNIOSUN branch will be available to stand by the allegations leveled against the Vice Chancellor even in his presence.

But the Vice chancellor, in his reaction said, the allegations against him was a situation of “corruption fighting back in the university.”

He said he had nothing to hide and ready to face the investigative panel.

FG To Alison-Madueke: Face Your Corruption Trial In UK