A lot has been said in recent times about tithing in Nigerian Churches. Heck, a video even trended last weekend of members leaving in droves as Pastor Paul Adefarasin of the House on the Rock Church, Lagos in response to recent onslaught mount by popular On-Air-Personalities, OAPs came hard on tithe defaulters. To make matters…”
Editor
Op-Ed 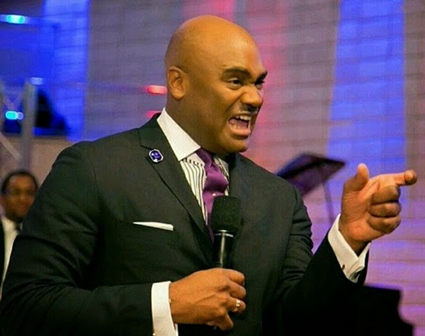 A lot has been said in recent times about tithing in Nigerian Churches. Heck, a video even trended last weekend of members leaving in droves as Pastor Paul Adefarasin of the House on the Rock Church, Lagos in response to recent onslaught mount by popular On-Air-Personalities, OAPs came hard on tithe defaulters. To make matters worse, Instagram blocked the account of Daddy Freeze, the most popular of the OAPs who have been a thorn in the flesh of pastors over the issue.

In this article, I won’t try to argue for and/or against the payment of tithe, however, I will try and x-ray the cons and pros behind the arguments put forward by pro and anti-tithe payment. Christians have never been divided over these types of issues until recently when the message of prosperity took precedence over SALVATION.

You see, the primary purpose of Christianity is preaching the grace now made available to us through Christ Jesus, a feature that was clearly missing in the Old Testament. The bible makes us believe the children of Israel were mandated by the law to pay 10% of their earnings as tithe, which was a form of taxation for the government of the day (theocracy). Theocracy is the government of God, carried out by the priest and for the people.

You see, every government needs funds to run the society successfully, but things changed quickly when the forms of government and societal values evolved. From Theocracy, the Israelis moved to a monarchy, and then to colonial system of government under the Romans and the list go on and on.

In Nigeria, however much of the disagreement of the anti-tithing movement is that the Church and pastors are now so rich that they just seem to be ripping off their members. Daddy Freeze made mention of some multi-billion naira mega churches who place curses on their members for non-payment of tithe, while others refuse to wed non-tithing members. In a recent interview, the Daddy Freeze lamented on how these churches tax their poor members to build expensive schools the members can’t afford to send their wards.

Meanwhile, for many of the pro-tithing movement, their argument has always been about Malachi 3:10 where the bible says “bring the whole tithe into the store house, that there may be food in my house, test me in this, says the Lord Almighty and see if I will not throw open the flood gate of heaven and pour out so much blessing that they may not be room enough to store it. What many preachers however refuse to teach is that God was through the bible passage referring to priests who have robbed God by not bringing in 10% of the tithe they collect from the people, but this is a story for another day.

For me, our faith and religion is a personal thing. Let those who want to pay 10% of their earnings as tithe continue to do so, whilst those who don’t feel convinced abstain. What should matter is salvation. If both tithe-payers and non tithe-payers will both make heaven, then, abeg who tithe don epp?

{PERSPECTIVE} Osun Guber Debate: Bringing The Truth Out Of Lies

STRIKER: For Democratic Hygiene In Osun And Everywhere

True Federalism: APC’s Report And The Path To Change