Yusuf Oketola Residents of Apomu, a community in Isokan Local Government of the State of Osun, have been asking questions on how a 21-year-old mentally challenged girl, Labake Najeem, got impregnated twice within 24 months. The residents wondered why somebody would choose to be impregnating Najeem and for what purpose. Labake, according to the wife…”
Yusuf
News 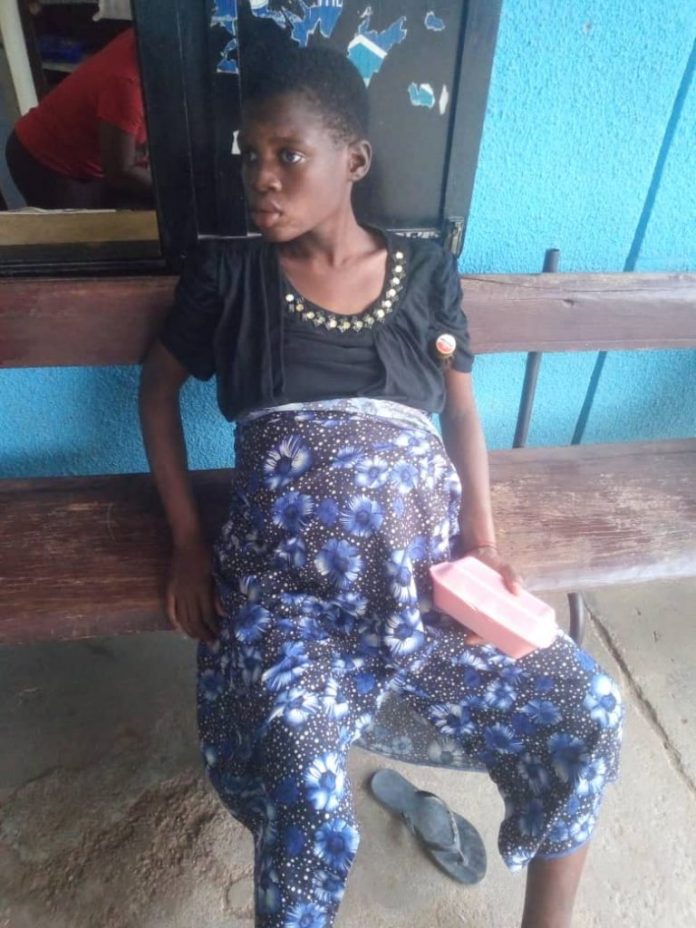 Residents of Apomu, a community in Isokan Local Government of the State of Osun, have been asking questions on how a 21-year-old mentally challenged girl, Labake Najeem, got impregnated twice within 24 months.

The residents wondered why somebody would choose to be impregnating Najeem and for what purpose.

Labake, according to the wife of Alapomu of Apomu, Olori Janet Afolabi, has however, been delivered of a baby boy after a successful operation.

Afolabi said the mentally challenged girl was impregnated by a man called, “Operator”.

She appealed to all men taking advantage of Najeem’s mental condition to sexually harrass her to desist, describing the act as inhumane.

Afolabi said: “Labake is a mentally challenged teenager. Two years ago, someone took advantage of her condition, impregnated and abandoned her. She was begging for food and money to survive.

“The first time l saw her was in October 2020 when she strayed into my event. She was being dragged out by security men when she caught the attention of Alhaja Kafayat Oyetola, the First Lady, who was my guest.

“The First Lady took Labake to Osogbo, rehabilitated her, took care of her till she delivered. Then she brought Labake back to Apomu, headquarters of Isokan Local Government area of the State of Osun.

“This year again, 2022, an unknown man whose name, according to Labake, is “Operator” impregnated her and disappeared.

“On Thursday, November 3, l was told Labake was at the Palace gate. I thought it was her usual visit for support. I asked my staff to take some things to her. He came back with a paper and said Labake was crying profusely.

“The paper was the scan result which showed among other things that she had been due since October 24 and the baby’s breech position in her womb posed great danger to her life. The baby’s head was up instead of down. The ideal position for birth is head down.

“I decided to call Goke Odetunde, Chairman of our local government. He said Labake should to be taken to a private hospital in a neighbouring community and he paid the bill. To the glory of Almighty God, the operation was successful. She delivered a baby boy. Mother and child are alive.

“But the journey to save Labake has not ended. I would like to rehabilitate and provide a secured shelter for her. She can then acquire a skill or start a trade.

“I want to appeal to the men who keep taking advantage of Labake’s mental condition to sexually harass or abuse or impregnate her to desist. If she were your sister or daughter, l do not think you will be happy if someone does that to her.

“Most likely, you would describe such action as man’s inhumanity to a vulnerable teenager girl”.

OSUN DEFENDER had reported in its December 18, 2020 edition that Najeem was allegedly impregnated by one Abideen Sadipe who is also said to be mentally challenged.

Najeem, during her first pregnancy was taken to Osogbo by the Wife of the Governor, Mrs Kafayat Oyetola, for rehabilitation. She was later delivered of a baby at the State Specialist Hospital, Asubiaro, Osogbo.

The mentally challenged girl was after the delivery of the child handed over to the Alapomu of Apomu, Oba Kayode Afolabi, by Mrs. Oyetola.

Police Arrest Five Over Smuggling Of Nigerians Into Germany