Sodiq Yusuf Ahead  of the April 2023 National Population and Housing Census, officials of the National Population Commission (NPC) and the National Orientation Agency (NOA), on Thursday, sensitised residents of the State of Osun on the need to actively participate in the exercise. The sensitisation was done with a road show which took the officials…”
Yusuf
featured hero News 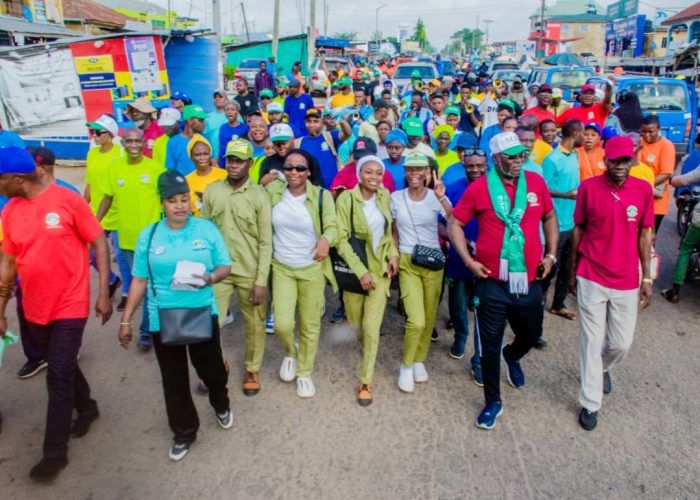 Speaking on behalf of the Chairman of the Commission, Hon. Isa Kwarra, the Federal Commissioner representing Osun in the board of the NPC, Senator Mudashiru Husain, noted that the sensitisation was to alert residents of the state, on the need to fully key into the 2023 Digital Census. According to Husain, the census is to assist the government plan better its development programmes for Nigerians.

The commissioner said the commission recently launched its e-recruitment portal to take ad-hoc staff for the exercise, while optimising 40% local content in line with the presidential directive in the virement of gadgets needed for the enumeration exercise.

Husain said the commission is ready to give Nigerians an acceptable headcount, saying measures are underway to do more of capacity building for its staff, to make the first digitized census in Africa hitch-free and credible.

He said: “In line with the directive of our Chairman, Isa Kwarra, we are going round in partnership with NOA to further create awareness among our people for participation in the exercise. The forthcoming exercise is a fully automated and digitized effort.

“We are complying with the presidential directive on local content to get the equipment needed for the census. We would not leave any stone unturned to ensure a credible result.

“We are the first in Africa to embrace digital technology in population and housing census in the whole of the continent, and President Buhari is keen on making the process the best in the history of Nigeria.

“We are going to ensure that it is the best, acceptable to both global and international standards. As a country, Nigeria needs an effective database of its population and housing spread, so as to assist the government in effective and efficient National Planning.”

In separate interviews with OSUN DEFENDER, the State Directors of the NPC and NOA, Mr. Martins Owoeye and Mr. Abiodun Ibikunle restated the need for the people of the State of Osun to take part in the forthcoming census.

They pledged the readiness of the two agencies to collaboratively join hands to mobilise the people of Osun to understand the benefits of enrollment in the national exercise, and purposively participate.

Messrs Owoeye and Ibikunle also told OSUN DEFENDER that the two agencies have perfected plans to continue rigorous trainings for their officials, in a bid to ensure the smooth running of the exercise.