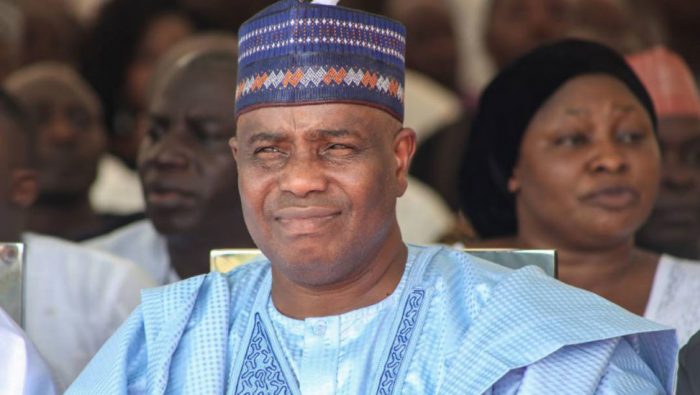 The All Progressives Congress, APC, in Sokoto State has vowed to sack Aminu Tambuwal as the Governor of the State.

The party also lauded its members for coming out to vote for the party’s candidates in the just-concluded general elections.

This claim was made by Alhaji Yusuf Suleiman, Director General of the party governorship campaign organization when he spoke with NAN.

Suleiman, a former minister, said the APC has filed a petition at the tribunal to retrieve what he called ‘the stolen mandate.’

“We will not say we didn’t get the ticket of the Governor. We will rather say that somehow, through some inexplicable reasons, the returning officer declared Gov Aminu Tambuwal as Governor elect.

“The declaration was totally against the spirit of the law. Once the difference between the two leading parties is less than the total number of votes cancelled, you cannot declare a winner and that was what happened. Gov Tambuwal knows it. Everyone in Sokoto knows it.

“We had 1500 plus people that were not able to cast their vote during the supplementary election. The difference is just about 342 votes.

“I don’t know what law the returning officer used to return Governor Tambuwal as Governor-elect.

“The law says once you cannot determine a winner. You have to declare the election inconclusive. It doesn’t matter how many times you have to do that, a winner has to emerge.

“The reason for this is that, if the number of voters who have not cast their vote is more than the difference between the two leading parties, it suggests that if all the voters decide to vote the other way, the leading person will lose.

“That is why when you have the total number of votes not cast less than the margin,you declare a winner because if all of them decide to vote for the second person, the other person will still win.

“In this case, we have 342 vote lead, so-called lead, because it contains results of the election that was conducted twice in many places, both on March 9 and March 23. Both were recorded.

“I can’t understand what happened to INEC other than, for many of us, we believed they were compromised.

“There is just no way any reasonable,sensible person could declare that election conclusive and declare Gov Tambuwal returned as elected.”