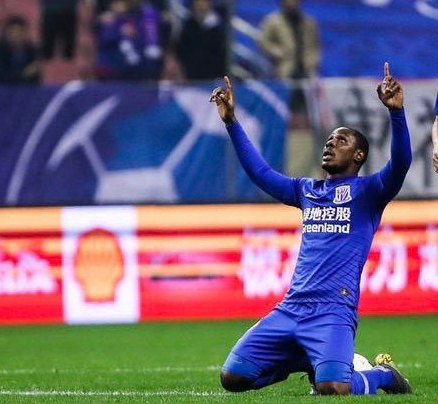 Giovanni Moreno opened scoring for the home team in the 21st minute, while Freddy Guarin doubled the lead in the 33rd minute.

Ighalo scored Shanghai Shenhua’s third goal of the encounter 10 minutes before the break after he was set up by Cao Yunding.

He got his second of the game in the 66th minute following a pass from Guarin.

The former Watford striker is now joint top scorer in the CSL with four goals along with Eran Zahavi who plays for Guangzhou R&F.

He was second top scorer in the CSL last season with 21 goals in 28 appearances for his former club Changchun Yatai.

Former Super Eagles forward Sone Aluko was in action for Beijing Renhe for 90 minutes of the game.