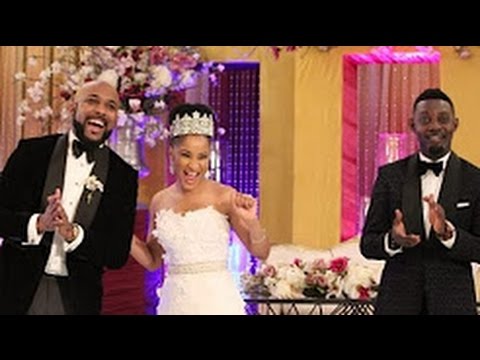 Nollywood is really buzzing right now as a result of the breakthrough in the Nigeria’s Filming Industry as the movie ”The Wedding Party”became the first movie from Nigeria’s growing film industry to break N400 million ($1.3 million) mark. Meanwhile, in 2016 Nollywood’s combined box office topped N3.5 billion ($11.5 million) with 30% of ticket sales generated by local movies.

Nigeria’s movie industry has become the country’s second largest employer and shows huge potential as an export product to the rest of the world. This is especially important for a Nigerian government which is keenly aware of the need to diversify from its over-reliance on oil for 90% of its export revenue.

Not only was The Wedding Party a commercial success, it was critically acclaimed when it made its debut at the influential Toronto International Film Festival last year. Still, despite Nollywood’s significant rise in production values and its already huge popularity globally, Nigeria’s movie business is still often perceived as an industry of disposable, poorly shot, and badly edited movies. Outside of the odd award show, its star actors, directors, and producers are rarely seen as creators of great art.

Taiwo Ajai-Lycett, a doyen of Nigerian TV and movies, says the book is long overdue and said she loved working with Udé. “It’s important for the world to see what we’re doing here, no matter how nascent it is,” says the 76-year-old, who has been acting in the UK and Nigeria since long before Nollywood was established.

Kunle Afolayan, one of the leading Nollywood directors (and a 2015 Quartz Africa Innovator honoree), signed a deal with Netflix in 2015 to distribute his award-winning psychological thriller, October 1, set around Nigeria’s journey to independence in 1960.

Afolayan, speaking on the set of a new feature called The Tribunal, backed by South African TV company Africa Magic, says the partnerships have been crucial. The Tribunal, which focuses on discrimination and Nigeria’s employment culture, is being made for TV but Afolayan will retain rights to have it distributed on other platforms, including cinema and online, at a later date.

“If Wedding Party can do $1 million when we only have 25 cinemas in this country, then you can imagine how much we’ll be doing soon as we build more and more cinemas,” says Afolayan. “The days of relying on DVDs are over—it was a piracy nightmare. Now, this business is about the cinemas and TV. ”

Here’s a picture of the Nollywood movies and the profit;