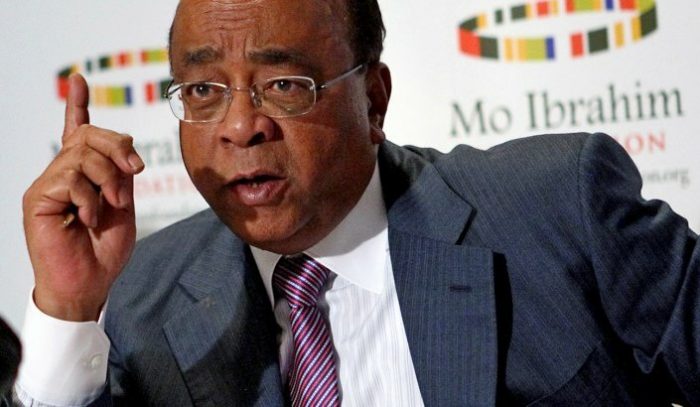 The call by respected business and socio-economic leaders for effective decentralised political systems at the forum where more than 1,000 chief executives of leading organisations are seeking sustainable solutions to Africa’s economic woes would sure put pressure on weak governments and encourage prudent management of resources.

Prominent leaders in the audience ¬– prime minister of Guinea and Ethiopian Foreign Affairs Minister, who represented his prime minister – were shocked by the twist induced by Mo Ibrahim’s argument despite efforts by the moderator to redirect discussions towards the agreed theme. Mamady Youla of Guinea faulted him, as other panelists tacitly toed the line of the leading African philanthropist.“It is essential to define what is truly called good governance,” a defensive PM Youla told the crowd of business leaders at the Intercontinental Hotel, Geneva. He added: “China did quite a lot of good with a political regime that is far from being democratic. We do need some democracy and rules but one needs to choose what to implement in Africa.”

Youla submitted that education, health and infrastructure were critical governance issues that must be addressed by African governments. “We are latecomers to the global economy,” said the representative of the Ethiopian Prime Minister Hailemariam Desalegn.

Agreeing that the continent should take advantage of global trends and platforms like this forum, he, however, cautioned that it must guard against the mistakes of other European countries. Explaining that the Ethiopian government built the biggest dam on the continent, he described power as “very important.”

Responding to the moderator’s question on what he represents in the African economic model, Mo Ibrahim had sought to modify the theme of the conference – “Re-inventing the Africa Business Model” – on grounds that transparency should be much more important to the continental administrations than any economic model.

“Africa is not a company. It is made up of 54 countries,” he noted, describing the situation as a “big elephant in the room.” The philanthropist argued that what the continent needs are “countries with no corruption. An Africa that is more transparent with open governance.”

Mo Ibrahim’s insistence on transparency, education and good governance as basic model for Africa’s development forced the moderator, Lerato Mbele of the British Broadcasting Corporation (BBC), to tweak the topic for the plenary after putting the matter to audience vote.

We Don’t Know Those Behind Kilings In South East — Sen. Abaribe