The Senior Special Assistant Media and Publicity to President Muhammadu Buhari, Garba Shehu, has said the suspension of Twitter in Nigeria has affected the Peoples Democratic Party PDP ability to spread fake news. Garba Shehu made the statement while reacting to communique issued by the PDP governors on Monday. Recall that on June 4, the…”
Olamide
featured News Politics 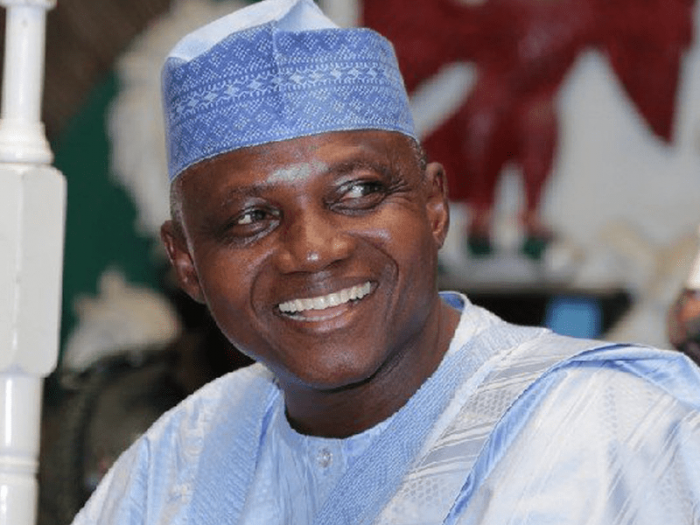 The Senior Special Assistant Media and Publicity to President Muhammadu Buhari, Garba Shehu, has said the suspension of Twitter in Nigeria has affected the Peoples Democratic Party PDP ability to spread fake news.

Garba Shehu made the statement while reacting to communique issued by the PDP governors on Monday.

Recall that on June 4, the federal government suspended the microblogging platform over claims that it is being used to threaten Nigeria’s peaceful coexistence.

Reacting to the development, the PDP governors’ forum, in a communique on Monday, tackled the President Muhammadu Buhari administration over its decision to indefinitely suspend Twitter in Nigeria.

According to the PDP Governors, “The mere ego of Mr President is not enough for such a drastic action that deprives millions of Nigerians of such an affordable means of expression and communication. We hope that this is not a harbinger or early warning signs of descent into dictatorship”.

Garba Shehu presidential aide, said the communique issued by the PDP governors shows to Nigerians “why this party and its representatives should not be entrusted with national leadership of our country any time soon”.

According to him, “The PDP grieves over the Federal Government’s action over Twitter – for it represents the curtailment of their ability to use the platform to spread fake news and invented stories to the detriment of community and good-neighbourliness between the peoples of Nigeria,” Shehu said.

“The PDP Governors propose no solutions to any of our nation’s challenges in the face of COVID and global economic downturn: instead, they grasp for more money and mourn their lack of access to social media to spread falsehoods and hate.

“Their statement is evidence, if any were needed, as to why the President and the APC ended the PDP’s one-party rule in 2015, were re-elected by an increased margin in 2019, and why their winning trend is set to continue far into the future.”

The governors had also accused the federal government of not doing enough to improve the economy of the country.

However, according to Shehu, the governors need to look inwards, especially as it relates to local government autonomy and addressing farmer-herder clashes in their domains.

“When the governors claim a lack of federal institutions’ money pouring into their States’ coffers is an affront to democracy, constitutionalism, and federalism, they fail to mention the ugliest trend against the integrity of Nigeria comes by own hands with their refusal to support the Federal Government’s earnest desire to reinstate the local government as the third tier and finding a lasting solution to farmer-herder conflicts costing the nation lives and livestock,” he said

“This initiative brings rights and support for generations of all ages to bring solutions to challenges that different communities of our country have faced, but the PDP governors reject it – denying all Nigerians their constitutional right to live and work in any state of the Federation – preferring to appeal to ethnic division and hatred rather than support the first practical solution offered since independence.

“Similarly, the governors appeal to each other for more involvement of States in mining and geophysical activities within their States. The question must be asked: ‘Why has this taken you so long?’ Such opportunities and States’ powers have been fully available since independence – yet only now the PDP realises it?”

House Of Reps Adopts Bills To Prevent Concession of Ajaokuta

We Are Not Short Of Great Ideas, But Getting Things Done Remains The Issue – Osinbajo