The Osun Progressives TOP, a caucus of the ruling All Progressives Congress APC, in the State of Osun has said it is unsure that the ward congress of the party in the state was going to take place today. The caucus also alleged that Governor Adegboyega Oyetola and his loyalists are making frantic efforts…”
Yusuf
featured hero Osun Politics 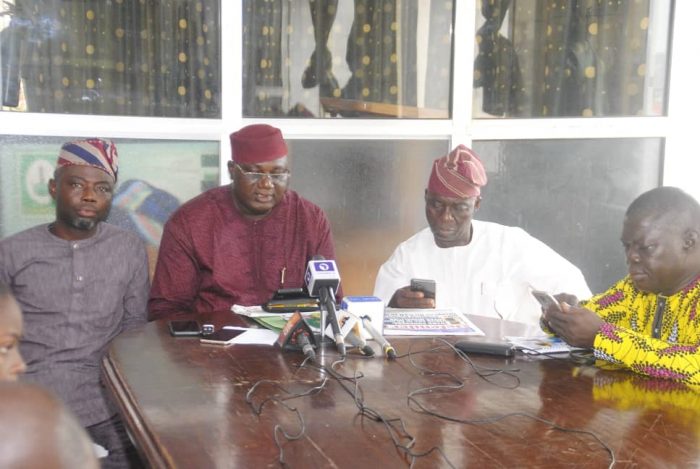 The Osun Progressives TOP, a caucus of the ruling All Progressives Congress APC, in the State of Osun has said it is unsure that the ward congress of the party in the state was going to take place today.

The caucus also alleged that Governor Adegboyega Oyetola and his loyalists are making frantic efforts to subvert the process of internal democracy within the party.

Addressing a press conference on Friday, TOP Chairman, Reverend Adelowo Adebiyi explained that as of Friday afternoon, the congress committee sent by the National Secretariat of the party is yet to meet stakeholders while the Governor has rendered the committee incommunicado.

Adebiyi pointed out that recent developments showed the desperation of the IleriOluwa group which had boasted about consensus urging it to come out for contest if it is not scared of the majority votes.

“Hitherto, the Governor’s group, IleriOluwa had boasted all over the places that it was going to have consensus of returning all members of the outgoing executives. As a matter of fact, they were going to have the assumed consensus arrangement yesterday only for them to bitterly learn that we have gotten forms. They hurriedly cancelled the elaborate arrangements they made to announce the incorrigible consensus.

“Our observation is that they are scared of contest since they know that the current leadership has mismanaged the party to the present extent. They know that they are incapable of winning popular votes in fair and free contest hence the employment of tactics to have a hitch free democratic Congress held. Were they to be popular and have capacity to win, why did they hijack the national Secretariat officers and held them incommunicado since they arrived the state?”

The TOP Chairman added that, “We have it on good authority that the Ward Congress Committee appointed by the National Caretaker and Extraordinary Convention Planning committee arrived Osogbo this morning. They are said to have been in the Government house with Governor Gboyega Oyetola since. They are circumventing the popular rule of democratic engagement by not allowing the committees to interact with stakeholders in consequent with how things will go tomorrow. But like it happened to the earlier delegation in sales of forms, no party member is in the know of anything.

“We note that consensus which they desired is no stranger to us as true Progressives but its definition is not that a viewpoint of one of many stakeholders will be taken that of everyone. Consensus is an agreement which is a product of discussion among stakeholders. Nobody claps with one hand. APC is a political party which emerged as an aggregation of different interests and viewpoints. No one can force his/her views on others. We at the Osun Progressives (TOP) will not accept that.”

TOP called on the Governor Mai Mala-Buni led National Caretaker Committee and Extraordinary National Convention Planning Committee of the APC not to overlook what it described as the ‘ungracious insults on democratic tenets’ which it alleged the Governor and his political group of orchestrating.

“It is in this regard that we once more draw the attention of Governor Mai Mala Buni’s committee to the ungracious insults been passed on democratic tenets by the Governor Oyetola’s group, IleriOluwa and indeed the intelligence of party members in Osun. We hope the Ward Congress committee members just arriving Osogbo are pious of sterling character who exercise fairness to all stakeholders within the party. Having come this far, we state in categorical terms that we are ready for contest tomorrow if there will be fairness and justice,” Adebiyi concluded.