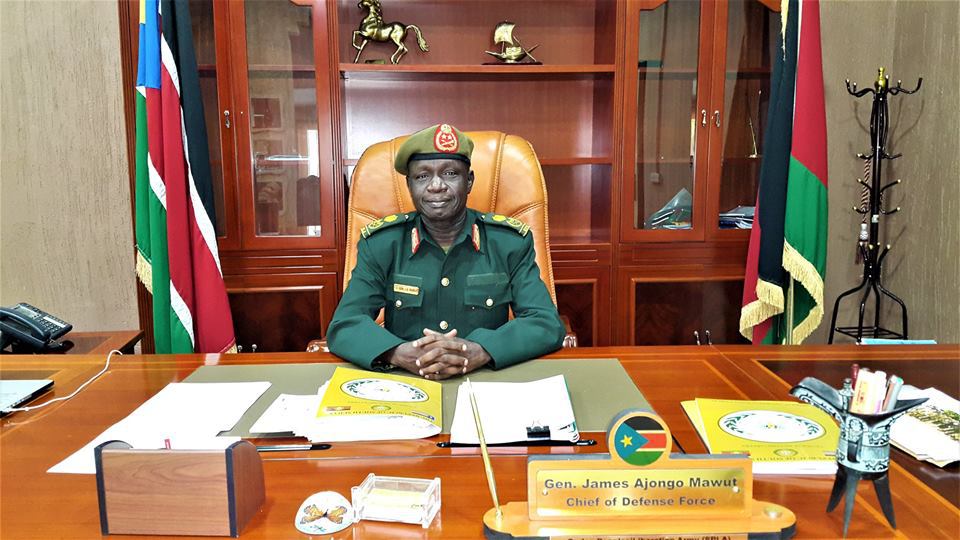 “It is with a heavy heart that I announce the untimely death of Gen. James Ajongo Madut, SPLA army’s chief of defense force,” Lueth said.

Ajongo joined the Sudan People’s Liberation Army, the formal name of the South Sudanese military, in 1983,
when the SPLA was still a rebel group fighting for independence from Sudan.

He was appointed to the position after his predecessor Paul Malong was sacked early last year amid resignations
by some generals who alleged abuses by the military and tribal bias in the army ranks.

Malong has since formed his own organisation to challenge President Salva Kiir, accusing him of looting the
country’s resources and turning it into a failed state.

South Sudan, which obtained independence from Sudan in 2011 and is the world’s youngest nation, has been mired in civil war since 2013 when Kiir fired his deputy Riek Machar.

Tens of thousands of people have been killed in war that has often been fought along ethnic lines and much of the nation has faced dire food shortages. (Reuters/NAN)

Indonesia Tsunami: 5,000 bodies yet to be found