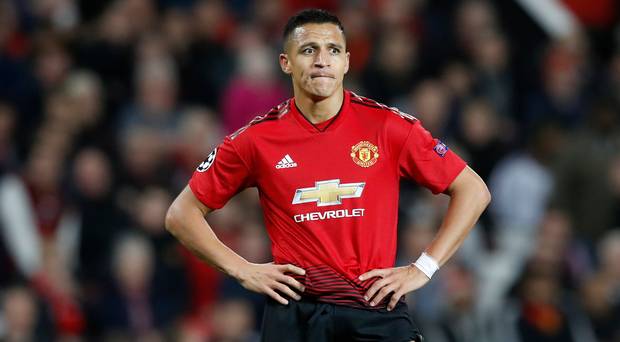 Sanchez was a late substitute in United’s 2-2 draw away at Chelsea last Saturday and Mourinho confirmed the Chilean won’t play after he missed training on Monday morning.

Sanchez joined Manchester United from Arsenal in January 2018 in a swap deal that saw Henrikh Mkhitaryan join the Gunners.

Sanchez has made 26 appearances for the Red Devils and has scored just four goals providing six assists.

“The players you saw are the ones who are available. Nothing to hide. Alexis is out,” Mourinho revealed during his pre-match conference ahead of the clash at Old Trafford on Tuesday.

On the clash against the Italian giants, Mourinho said: “The way we can play, and the way we want to play was shown in the last two matches, so we will try to [play that way again].”

“There were contradictory feelings after the Chelsea match,” Jose says. “I told the players we have to keep that happiness, pride and confidence of the way we played. But on the other side, use the anger to motivate ourselves to play a big match.”

He also believes Anthony Marial is flourishing because the is also playing well.

“I was proud of the boys and we are positive because we played really well [on Saturday].”It is a good feeling to have before a big match.”