‘Return’ Of Pinnick As NFF Chairman Saved Many Jobs – Official

The return of the Amaju Pinnick-led executives of the Nigerian Football Federation will help save hundreds of jobs, the NFF General Secretary, Muhammed Sanusi, said on Monday. FIFA had threatened to ban Nigerian from football competitions if Mr Pinnick was not reinstated as the authentic leader of the NFF. Earlier on Monday, Mr Pinnick, aided…”
Yusuf
Sports 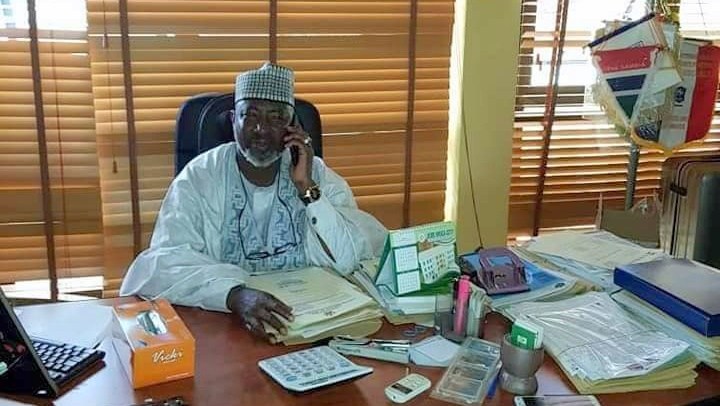 The return of the Amaju Pinnick-led executives of the Nigerian Football Federation will help save hundreds of jobs, the NFF General Secretary, Muhammed Sanusi, said on Monday.

FIFA had threatened to ban Nigerian from football competitions if Mr Pinnick was not reinstated as the authentic leader of the NFF.

Responding later, the Minister of Youth and Sports, Solomon Dalung said ”nothing has changed after the Supreme Court ruling and orders of the Federal High Court in Jos on the NFF leadership crisis between the gladiators on April 27, 2018.

Mr Dalung said in a statement on Monday that the status quo remains despite the invasion of the Glass House by security operatives and the return of the Pinnick led-board to the NFF secretariat.

“As far as I am concerned, nothing has changed. There is no development after the Supreme Court ruling of April 27, 2018 and the Federal High Court Order of 5th June 2018 because the court has not vacated the order,” he said.

“What happened in the NFF today is security excesses but it will be sorted out. The federal government is urging members of the public to remain calm as it is doing its best to resolve the crises in the Nigeria Football Federation.”

He also said the Ministry of Youth and Sports Development has already initiated a process of trying to bring the stakeholders together to resolve the crisis.

On Monday, Mr Sanusi at a press briefing at the NFF secretariat in Abuja said if Nigeria had gotten banned as FIFA threatened, a lot of families’ economic power would have been negatively affected.

”This is victory from God. We thank the federal government because what has happened has saved the lives of many people in Nigeria,” he said.

Mr Sanusi explained that in Kano alone, ”there are over a 100 youth in match committees, match referees and individuals who are expecting to secure contracts; all these would have lost jobs.

”You can imagine if FIFA had banned Nigeria, the number of youth that would be unemployed, look at Kano for instance,” he said.

He did not respond to enquiries on what the government would do if Mr Giwa decided to fight back.

”We have accepted to voluntarily join FIFA as an international organisation, by so doing, we have submitted ourselves to doctrines of the game, the status of FIFA, and whatever we are going to do, we should do it in accordance with these,” he said.

He also debunked claims that he had earlier been sacked.

”I wasn’t off duty. Amaju Pinnick that appointed me did not sack me so I wasn’t off duty, and I didn’t know of any change. I have told the staff to go back to the office,” he said.

Solskjaer Pleads For Patience After Man United’s Loss To Burnley