RE: Buhari’s Aide Recommended For Dismissal Over Fraud  (Nigeria Journalism Has Gone Too Far)

By Ope Rumide When you recall the dignity with which journalists used to be regarded, you must ask the question, “What happened?!” Nigeria used to boast of some of the bravest and brightest reporters and editors on the continent. The Fourth Estate boasted of Anthony Enahoro, Dele Giwa, Isa Kaita, Ken Wiwa and others….”
Yusuf
Op-Ed 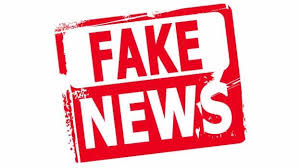 When you recall the dignity with which journalists used to be regarded, you must ask the question, “What happened?!”

Nigeria used to boast of some of the bravest and brightest reporters and editors on the continent. The Fourth Estate boasted of Anthony Enahoro, Dele Giwa, Isa Kaita, Ken Wiwa and others. These were people who said it as it was without fear or favour. They courageously stood for the truth, no matter the temptation. Today, truth in journalism is almost gone. Nigerian journalism has gone too far.

Today, even legacy publications are getting simple facts wrong. The fundamentals of reporting – Who, Where, Why, When, and How – are missing from some of the most important and consequential stories that make the pages of newspapers. Grammatical and syntax errors litter the front pages. In their quest to compete for clicks with gossip websites, the media in Nigeria are deliberately publishing untrue/false headlines and stories. Most big stories end up being retracted either partly or wholly. Most newspapers are being sued for libel. Investigative journalism is even worst hit as their is no hunger to dig for facts anymore.

Some of reasons for this unfortunate situation are obvious. The over-dependence of newsrooms on advertisement is a problem. The proliferation of online blogs is also a challenge. “Brown envelope” reporting has also gone mainstream. The days when the truth was everything are gone.Only last week, some unscrupulous online media published what turned out to be utterly baseless rubbish about Princess Adejoke Orelope-Adefulire, SSA to the President on Sustainable Development Goals (SDGs).  In it, they claimed that she was queried for missing funds and facing the possibility of a sack. However, there was no evidence of this, no letter, no statement. Just a collection of lies published because someone paid for it. This wouldn’t have happened with the early editors. They would have trashed the story and reprimanded the reporter.

If we are to contain this terrible situation, our old editors must be encouraged to pick up the pen and mentor the current and next generation of reporters. The curiosity that made that generation so great must be rekindled. Newspapers proprietors must find creative ways to fund their enterprises.

Most importantly, media practitioners must love the country above all else. Patriotism and honour are two reasons good enough to defeat the temptation to write or publish lies for money.

This profession must be rescued from the dogs. We must collectively refuse to bargain away the truth for anything else. But, is the Nigeria media far too gone already? Time will tell.

FOR THE RECORDS: Gov Oyetola’s Speech At Special Appeal Court Session In Osogbo

PERSPECTIVE: Why Is Nigeria A Jungle Of Bandit?

Donald Trump And The Muslim World, By Reuben Abati