Policemen in Ado Ekiti on Friday brutalised and detained a woman, Mrs. Toyin Adeyeye, her two month-old baby, Heritage and her younger brother, Adeniyi Dada, for allegedly refusing to give bribe at a police checkpoint. It was learnt that about five policemen descended on them and beat them mercilessly before taking them to New Iyin…”
Yusuf
Oduduwa 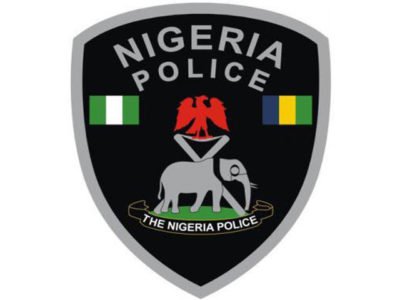 Policemen in Ado Ekiti on Friday brutalised and detained a woman, Mrs. Toyin Adeyeye, her two month-old baby, Heritage and her younger brother, Adeniyi Dada, for allegedly refusing to give bribe at a police checkpoint.

It was learnt that about five policemen descended on them and beat them mercilessly before taking them to New Iyin Police Station where the beating continued.

The incident happened at the checkpoint in front of Ekiti Pavilion, a few metres from the residence of the Commissioner of Police, Abdullah Chafe.

Mrs. Adeyeye returned from the United States of America 10 days earlier where she was delivered of the baby.

The police also impounded the black Kia Picanto car with registration number LAGOS FKJ 221 EE in which they were.

Speaking with reporters on Saturday, the woman’s husband, Mr. Akanni Adeyeye, decried the alleged brutality meted out to his wife with lacerations on her body and bruises on the face.

Adeyeye who slept in the police station in solidarity with his wife explained that the policemen requested for vehicle particulars and driver’s licence of his brother-in-law who drove the car which were still valid.

He said one of the policemen withheld the documents demanding that they be “settled,” a euphemism for bribe but Mrs. Adeyeye and her brother refused because the vehicles papers were valid.

Adeyeye said,”My wife and her brother were returning from the market at about 3.00pm on Friday and on arrival at the checkpoint in front of the Pavilion very close to their station, they asked for all vehicle papers and driver’s licence which were produced and they are valid.

“After checking all the documents, the policemen were demanding for money to be given as ‘settlement’ which my wife and her brother refused. My wife drew their attention to the baby that was crying in the car.

“Five of them were beating her at the point of arrest and on getting to the station, the beating continued. After thoroughly beating her, they obtained her statement around 10.00pm. There are wounds on the back of my wife and face to show for it.

“On getting to the station, they now cooked up a story that my wife slapped one of them and tore his uniform which is a lie. They are telling this lie to justify their action of their cruelty to my wife, my baby and my brother-in-law.

“Neither my wife nor her brother slapped any policeman or tore any uniform. The question to be asked is how would somebody who is not armed attack an armed policeman? They are cooking up this falsehood to cover up their brutality.”

But reacting, the Commissioner of Police, claimed that Mrs. Adeyeye was detained for allegedly slapping a policeman on duty and tearing his uniform adding that the matter was still under investigation.

Chafe said,”Those people slapped my policeman on duty and tore their uniform. Uniform is an authority and what those people did was against the law and it is not good for a civilian to slap a policeman.

“It is not good for somebody to prevent a law enforcement officer from carrying out his lawful duty. Somebody wearing the uniform? It is not about his age but the authority he carries. I don’t allow my men to do something contrary to the law.