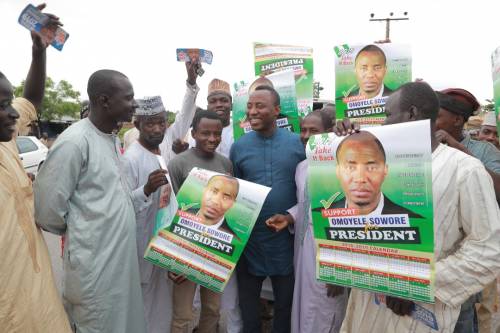 This is coming after Chief Leonard Ezenwa and other members of the AAC removed Sowore as leader of the party.

The contesting parties are currently engaged in a clash at the headquarters of INEC in Abuja over who takes control of the party.

The Sowore group is seeking recognition as original owners of the party meanwhile Ezenwa led group has already been recognized by INEC.

Husband Seeks Wife’s Divorce Over Threat To Cut Off Penis