The Lagos State Command of Nigeria Police have arrested and detained three sacked academic and non-teaching staff of Lagos State University (LASU) on the request of the institution management. The three former staffs that was initially invited by the Divisional Police Office (DPO) at Ojo police station on Thursday for questioning based on the LASU…”
Yusuf
News 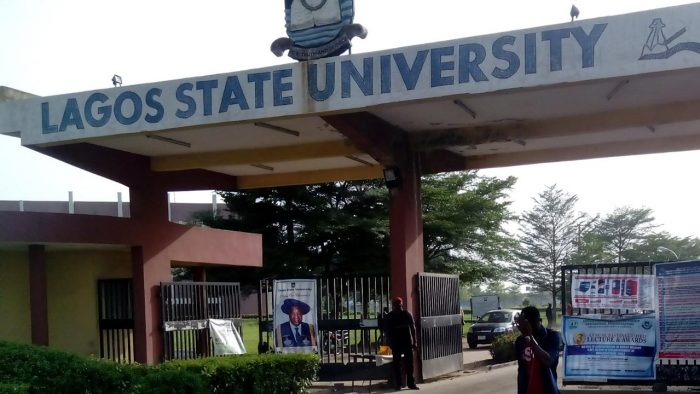 The Lagos State Command of Nigeria Police have arrested and detained three sacked academic and non-teaching staff of Lagos State University (LASU) on the request of the institution management.

The three former staffs that was initially invited by the Divisional Police Office (DPO) at Ojo police station on Thursday for questioning based on the LASU management request but were transferred to the State Criminal Investigation Department (SCID).

It was gathered that the police at Ojo also extended invitation to chairman and vice chairman of Academic Staff Union of Universities ASUU-LASU chapter, Dr. Isaac Oyewunmi and Dr. Adebowale Adeyemi-Suenu respectively but both went for zonal meeting of the union.

Senior management source at LASU said that the sacked staff wrote another sets of statement, interrogated and were detained till Friday.

He explained that the sacked staffs were accused by the university management of committing several offences such as fraud, alteration of result, academic fraud and award of scores to students who did not sit for exam.

ASUU-LASU Secretary, Dr. Tony Dansu confirmed the arrest and detention of two members by the police at Ojo and their transfer to SCID based on petition by the university management.

He re-affirmed that the arrested persons were taken in as fallout of their recent dismissal by the university and that it is part of management’s efforts to use the police as a possible tool to harass and intimidate its leaders.

According to him, the bail conditions state that a surety must; have a landed property with C of O in Lagos State, located in Ajah, Lekki or Ikeja, level 14 or above in the civil service, have an international passport and must have travelled out of Nigeria before, to the USA or Europe.

Dr. Dansu explained that during discussion for bail, a SCID operative came with another file containing the names of six other dismissed staff, and requested that the union produce them if they were to bail those being detained.

‘’Emphasis was on ASUU-LASU chairman and the vice chairman. The union made the point that they are not fugitives, and therefore have no reason to honour an invitation that we know is baseless and merely calculated to humiliate and embarrass them. However, they are outside the state on union functions, and will be visiting as soon as it is convenient.

He said after heated argument, the three detained persons were granted bail and the SCID operative asked the ASUU scribe to produce them on Thursday including the six others.

The ASUU-LASU secretary revealed that their offences as stated in the case file include, corruption, abuse of office, obtaining by pretence and conduct capable of breaching the peace.

‘’Asking the police to commence investigation into the matters after judgement was an afterthought, conceived to further the agenda of breaking our union, ASUU-LASU. The idea is to humiliate and embarrass the leadership so much that people will lack the courage to step forward in the future to lead the union boldly and confront despots in positions of power. Just like those who had to suffer when the PhD certificate of Dr Idris was withdrawn, these ones are mere collateral damages’’, he noted.

The Lagos state Police Public Relation Officer, Olarinde Famous-Cole, confirmed the arrest and detention of three LASU former staff, stating that it was based on the university management request to investigate criminal issues again them.

He also confirmed that the case has been transferred to Panti for further investigation.