SOLA JACOB writes on the various opportunities created by the celebration of Osun Osogbo festival. Just as the River Nile is to Egypt in medieval time, so is Osun river to the people of Osogbo, as history has it that Timehin, a great hunter, during his expedition in search of water settled down by the…”
Editor
News Op-Ed Osun 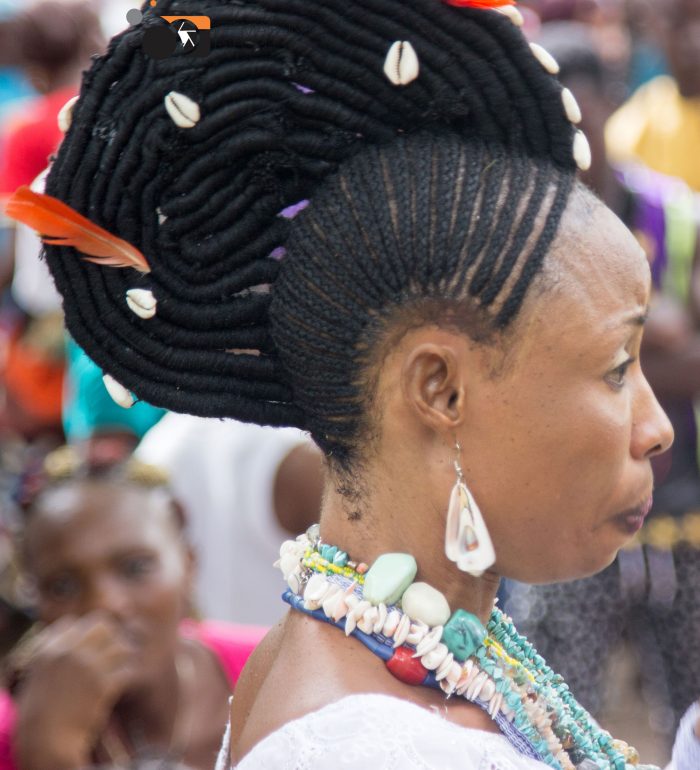 SOLA JACOB writes on the various opportunities created by the celebration of Osun Osogbo festival.

Just as the River Nile is to Egypt in medieval time, so is Osun river to the people of Osogbo, as history has it that Timehin, a great hunter, during his expedition in search of water settled down by the side of Osun river. In the course of preparing ground for his settlement, one of the dye pots of the Osun goddess was broken and she exclaimed and said in reaction, “Iwo oso igbo yi, gbogbo Ikoko aro mi leti fee fo tan”, meaning, you this forest wizard, you had destroyed almost all the pots of my dyes”.

This made Timehin and his group of hunters to be cautious that they needed to tread softly as human activities can disrupt nature with recognition that Osun is more than water, but carries life in goddess of the river.

The realisation brought not only fertility but increase, growth and development as more people joined Timehin at the Osun side where the first palace of Atewogbeja which later shortened to Ataoja, the appellation of the king of Osogbo was located.

Over the years, the potential and efficacy of Osun goddess to heal various sicknesses and diseases, give fertility to those who seek to have children had made it a goddess that is endeared to many, especially women and Osun devotees not only in Nigeria but across the globe.

The efforts of Susan Wenger later known as Adunni Oloosa, an anthropologist who came to Nigeria with her husband, a German historian, Ulli Bier to preserve the neutrality of Osun, her acceptance to be a staunch devotee of the goddess at the detriment of her marriage was a price paid to make Osun festival acceptable not only in Nigeria but all over the world.

Also, the adoption of Osun as World Heritage Site by United Nation Education Social and Cultural Organisation (UNESCO) has increased the patronage of the site not only by faithful but researchers, industrialists, academics, diplomats and cultural enthusiasts among others.

The 2018 edition of the Osun Osogbo Festival commenced with Ifa celebration as usual, after which the popular “Atupa Olojumerindinlogun” and Iwopopo were observed.

OSUN DEFENDER in a chat with some attendees of the festival revealed that spiritual assistance had been the core reason for participating in the festival.

A Chinese tourist, Mr Wang Li who spoke with the medium asserted that he had been participating in the festival for the last five years and he could attest to the healing power of Osun river, as he had come with infertility problem which had defied orthodox medicine but today, he had been healed of his ailment.

Marilyn Jones, a Jamaican said, last year she was invited by a friend to Osun festival, with a certain ailment that defies orthodox medical care, but a visit to the groove, the serenity of the atmosphere, coupled with the spiritual assistance she sought from the goddess, she is more sound and healthy.

Aminat Kazimu from Sobi in Ilorin said that as a devotee, she had brought many women with infertility issues to the groove and today they are mothers of their own babies.

She continued that as a birth attendant and herbal practitioner, the issue of Osun festival and celebration transcends religious issues, saying, “God created all things and gives all things to man to benefit from; water, leaves, trees, roots, animals, birds and all other things are created for man to live”.

Also, Farotimi Isaac, a member of a white garment church said that his religion is not against his patronage of the annual Osun festival.

He continued that culture is the total package of any human being and as a complete and total Yoruba man, he and his immediate family members always attend the annual event, saying he had made more friends and business associates through his patronage of the festival.

“It is also a way of spending summer vacation with my immediate family members and introducing them into African values and beliefs”.

A researcher, Bolutife Onadeko, a student of University of Ibadan in a chat with the medium said he attended the festival to seek information from participants on his project, saying, the festival was a platform and avenue for his research work.

Some industrialists also participated in the festival, ranging from breweries, plastic manufacturers, food technologists and other service providers.

The West African Food Seasoning Ltd Company premised its participation in the festival on promotion of healthy living and wellness of individuals, as well as promotion of its products, Ajinomoto, Ma Dish and other brands to the market women in the state of Osun.

According to the Corporate Communication Officer of the Company, Mrs Francisca Ikediashi, the WAPCO in Nigeria is poised to give healthy, foods and create wealth for Nigeria, especially women who are major users of the company’s products.

She added that this year’s Osun celebration was the first participation of the company in the festival and through the office of Iyaloja-General of the state Alhaja Awawu Asindemade, it has organised cooking competition among Iyalojas in the state to promote eating of indigenous African meals which is nutritious and healthy for human consumption.

It is aimed at promoting the usage of Ajinomoto Seasoning considering its health values, and disabuse the wrong insinuation about the product that, it is harmful for human consumption. The cooking competition was held among contestants in the nine federal constituencies of the state.

During the competition, the participants and other well wishers watched with keen enthusiasm, the dexterity, cooperation, neatness and team spirit among the competitors.

The General Manager of the group said, the essence of the competition is to educate the people and promote healthy living as part of the Corporate Social Responsibility of the company to give back to the society by organising the competition, and savour in the joy of the festival.

“African culture is dynamic and we are richly blessed as a continent. I have not had any opportunity to participate in festival as this and I am happy that we have such a rich festival here in Osogbo, the state capital”, he said.

The winner took the prize of a bed fridge, while the runner up took a microwave oven, just as the second runner up went away with sets of pots.

Other contestants went away with coolers and other consolation prizes, such as towels and Ajinomoto seasoning.

Mrs Idiat Yusuf, Iyaloja of Ilobu lauded the organisers of the cooking competition and advised that the products of the company should be promoted more in various markets across the state.

In her opening speech, the Iyaloja-General of the State of Osun commended the effort of WAPCO food seasoning company for the good gesture to participate in Osun Osogbo festival and promote African foods and values.

She pledged that the market women in the state would promote the products of the company, just as the company has deemed it fit to promote African women and the festival.

However, the celebration of Osun Osogbo festival had transcend the spirituality of it, as it had in turn served as research centre, advocacy for usage of products and services, tourism purpose, marketing of products, social platform for making friend and contacts.

Moreso, artists and cultural enthusiasts are making use of the advantages the festive period offers to make wealth and promote their products which in turn impact positively the economy of the state and creates more job opportunities.

EDITORIAL: Time To Pay Up