By Thompson Taiwo The Guardian UK once reported the story of Mohamed Abdallah, a Darfurian refugee, in Libya. Mohamed left Darfur in 2006 for what is now South Sudan after war in his country left his village in ruin, claimed his father’s life and virginity of his sisters. Sadly, his new sanctuary, South Sudan, became…”
Yusuf
featured Op-Ed 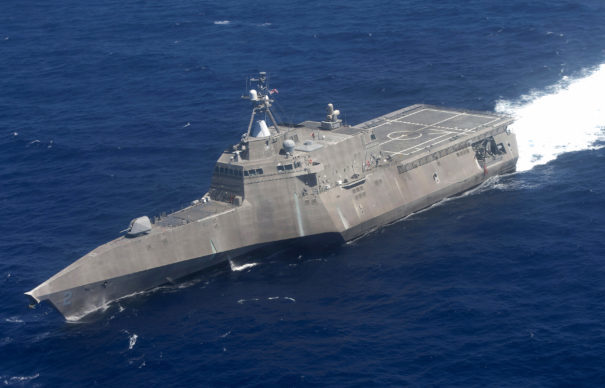 The Guardian UK once reported the story of Mohamed Abdallah, a Darfurian refugee, in Libya. Mohamed left Darfur in 2006 for what is now South Sudan after war in his country left his village in ruin, claimed his father’s life and virginity of his sisters. Sadly, his new sanctuary, South Sudan, became enmeshed in war.

In a bid to escape the rough treatment of spiraling conflict, he and his brother, including his cousin journeyed through the hell of Sahara Desert to Libya. Only Mohamed pulled through. He alongside with fellow asylum seekers had attempted crossing the notorious Mediterranean Sea; they were rescued by Libyan coastguards when the journey went awry.

Despite his horrifying experience at the Sea, he believes the deadly sea is where the oasis lies as it is the gateway to Europe. Since 2014, the Mediterranean’s central route between North Africa and Italy remains the region’s deadliest corridor, one in 33 people died attempting to cross the Central Mediterranean in 2019.

Mohamed’s chronicle represents the untold stories of thousands of African migrants, including pregnant women and children, who are perishing in the Sahara and eaten up by the Mediterranean Sea creatures.

They leave their countries in droves consequent upon social and economic hardship occasioned by vestiges of war and dearth of visionary leadership and are ferried by smugglers through the inhospitable Sahara to Libya and Algeria for onward transmission to Europe.

In this desert lie death, destruction and brutality. It plays host to sweltering sun, sandstorm, dead bodies, arrest, rape, hunger, thirst and bestiality. Those who could not continue the journey are often left behind to die or be picked up by another set of illegal migrants. The triggers of this dangerous journey include but not limited to conflict, poverty, food crisis, unemployment and underemployment in the countries of the migrants.

Despite knowing the near-death experience that comes with such crossing, they prefer to die in an attempt to get to Italy, Malta, Spain and Greece. In 2019, 110,669 migrants and refugees entered Europe through the three Mediterranean Sea routes, according to the data by the International Organization for Migration. (IOM).

Though migration through the sea is a global phenomenon, it happens in the Bay of Bengal, the Gulf of Aden and in the Caribbean Sea, to many disillusioned Africans, it is a leap to a better life. The desperation that fuels the daring expedition underscores the sagging hope for a better life on the home fronts.

One of the chief causes of illegal migration from Africa is conflict. People naturally flee violence and embark on a journey of uncertainty that may lead them to the mouth of the Sea. Abdallah thought he could find peace in South Sudan, the need for survival drove him to dare the Sahara.

Mohamed’s Darfur has been where armed conflict records towering patronage for decades. A place once described as the ‘forgotten armpit of the world.’ The war has held sway in the Darfur region of Sudan since 2003. The Sudan Liberation Movement (SLM) and Justice and Equality Movement (JEM) rebel groups fought the Sudanese government over what they described as the oppression of Darfur’s non-Arab population.

Accordingly, the government responded through ethnic cleansing of the non-Arabs, this culminated in the deaths over 300,000 civilians and displacements of about 3 million, according to the estimates of the United Nations.

This led to the indictment of Sudan’s ousted president, Omar al-Bashir, for crimes against humanity by the International Criminal Court (ICC).

Despite several attempts by international organizations to bring permanent peace to Darfur, attacks on civilians are unbroken, the UN Panel of Experts noted that 3,300 villages were destroyed in 2014. Between December 28, 2019 and early January of 2020, violence between communities in and around El Geneina, the capital of West Darfur claimed 54 lives and displaced 40,000 people, according to the UN Office for the Coordination of Humanitarian Affairs (OCHA).

Similarly, the unswerving Boko Haram insurrectionary campaign in Nigeria’s north east has catalysed humanitarian crisis and bred refugees who are desperate to seek better life elsewhere regardless of the risks involved since their peace and prosperity have been snatched in the midst of conflict.

The OCHA on its website states that the humanitarian crisis in Borno, Adamawa and Yobe states has spilled into the Lake Chad Region. It documents the number of people in need of urgent assistance which rose from 7.1 million in 2019 to 7.9 million in 2020, mostly women and children.

The OCHA is doing its best to assist 5.9 million people among the most vulnerable in Nigeria’s north east. Many civilians rattled by the psychological trauma of the evils perpetrated by the ruthless landlords of Sambisa forest fled in paralysing agony to Chad, Cameroon and Niger Republic.

Some women who escaped to Libya were tricked into the blossoming market of prostitution over there; the few who were fluky to escape found the Sea as the only hope from life of forced cohabitation.

In 2016, illegal migrants from Nigeria accounted for 21percent of the total 171,299 immigrants who weathered the storm of the Sea to arrive in Italy. Most of them cited Boko Haram insurgency as reason for their dangerous expedition.

Furthermore, the disquieting altitude of poverty, bad governance, corruption and joblessness and underemployment in most African countries are often the reasons cited by migrants from Mali, Ivory Coast, Nigeria, Somalia, Ghana, among other countries, to justify their deadly voyage.

If Africa proves a tough spot to be a complete human being and maintain sanity, how vindicated are we to preach the let’s-develop-Africa gospel? What is the quality of life of an average African? Does he have access to quality education and healthcare? What is his life expectancy?

What about his per capital income? According to World Poverty Statistics: Global Poverty Report 2020, 41 percent of the population in Sub-Saharan Africa lives on less than $1.90 a day, this highlights a substantial fall from 54 percent it was in 1990, quoting Accelerating Poverty Reduction in Africa report.

Experts have also predicted that by 2030 Africa will play host to 87 percent of the global poor. While a small group of African countries like Gabon, Mauritius, Equatorial Guinea, and Seychelles are making substantial progress in poverty eradication with the Gambia and Mauritania projected to join the group in 2030, according to World Data Lab, Nigeria and the Democratic Republic of Congo’s poverty alleviation programmes are like rolling stones that gather no moss.

Nigeria, Africa’s largest economy, wears the shameful toga of the world poverty capital despite its big earnings from oil. Evidently, poverty in Africa still remains a continental symbol owing to dearth of visionary leadership. If any multinational or high net-worth individual is spoiled for war against wants, Africa is always the battlefield.

For the African migrants, the Mediterranean Sea offers more hope than the home governments. This is evident in a landmark report by the United Nations Development Programme tagged Scaling Fences: Voices of Irregular African Migrants to Europe in which 95 percent of Africans making the journey to Europe through irregular routes insisted they would do it again despite the precarious nature of the journey.

To them, the Sea is a risky route to a better environment where people are the fulcrum of governments’ policies and programmes that give way to quality education and other opportunities to live a meaningful life. Africans have lived on the wings of hope for too long. They have been serially betrayed by many of their political leaders who only flaunt colourful campaigns and well-crafted speeches from the soapbox in every election year.

It is high time Africa took control of its destiny by investing in its people who will in turn drive Africa’s growth and development. It should build healthy resource and knowledge-based economies. Africa’s myriad of challenges will bow at the feet Africa’s ingenuity and patriotism that is blind to greed, personal aggrandizement, grand corruption, nepotism and official injustice.

Prosperous nations were built by people who had prosperity of knowledge in different fields of development. The only thing that will resonate with the African youths and discourage them from looking towards the Sea for hope is building a continent where their future is guaranteed.

Thompson Taiwo is a broadcast journalist. He can be reached via Twitter @thompson_taiwo.

The Reality And Absurdity of Trumps Muslim Ban

A Frolic On The Red Sea, By Femi Adesina