The Osun Civil Societies Coalition (OCSC) has dissociated itself from a petition written by some individuals against the Minister of Interior, Ogbeni Rauf Aregbesola under the platform of ‘Civil Society Coalition in Osun State’. According to the OCSC, the said petition was politically motivated and contained half-truth, thereby lacking in merit. Addressing a press conference…”
Olamide
News Osun 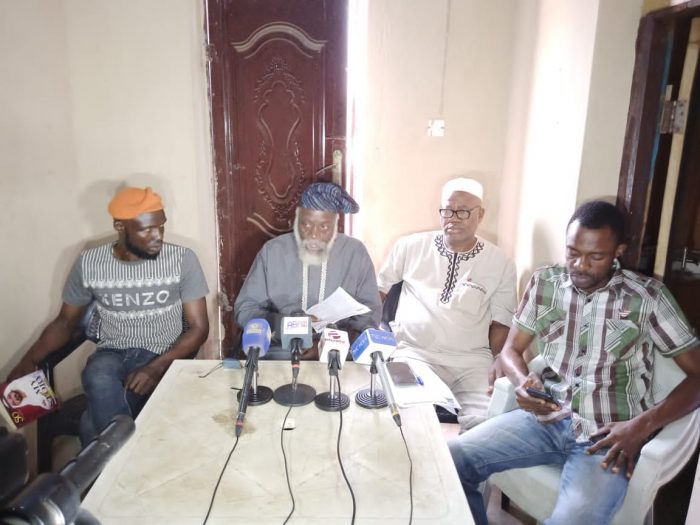 The Osun Civil Societies Coalition (OCSC) has dissociated itself from a petition written by some individuals against the Minister of Interior, Ogbeni Rauf Aregbesola under the platform of ‘Civil Society Coalition in Osun State’.

According to the OCSC, the said petition was politically motivated and contained half-truth, thereby lacking in merit.

Addressing a press conference on Tuesday at the OCSC secretariat, Odiolowo, Osogbo, the Chairman of the coalition, Comrade Waheed Lawal, said there was no sincerity in the petition which he said was sponsored by some political elements.

Lawal warned the individuals against impersonating and using Osun Civil Societies Coalition for political interest, stating that the organizations with which the individuals wrote petition against Aregbesola are not members of the coalition in Osun.

The human right activist said: “We suspect that the action of the petitioners was politically motivated for pecuniary gains. And the said individuals were hurriedly put together by political elements who needed the service of available corruptible civil society groups to drive their selfish interest.”

Speaking at the press conference, the Vice Chairman of the coalition, Comrade Wale Folaranmi, said: “We acknowledge individual’s right of association and freedom of speech, but freedom without responsibility will give room for shenanigans.

“We state with all modesty that all the issues raised in the said petition are half-truth and there is no sincerity, fairness and objectivity in it.

“However, we don’t want to join issue with anybody. We ordinarily wanted to keep silent on the petition but because of the confusion and mistaken identity that it has generated, this press conference is needed for clarification.”

Speaking on the insecurity in the state, the coalition lamented that Osun is no longer a safe state that it used to be, calling all security agencies to up their ante and restore peace to the state.

Text of the press conference addressed by coalition reads in part: “We are not unaware of the growing threats to security of lives and property of the people of Osun State. We state categorically that Osun is no longer a safe state that it used to be.

“There is a growing trend of insecurity with a side attraction of political violence. Cultists and hoodlums have been terrorising Ilesa and Ede consistently, leaving nothing less than 18 people dead. Osogbo, the state capital, is now an abode for both cultists and thugs.

“The rate at which thugs are ‘growing’ in Osogbo is alarming and this calls for concern from all rational residents of the state.

“We observe that our core politicians have shamelessly been banking on the support of thugs and criminal elements for their political activities. This is a dangerous trend as it is already posing threat to our lives and property.

“The spate of political violence in the state is alarming, and we condemn anybody and everybody connected to this. The political gladiators should not turn Osun to a battle ground where the use of hoodlums with dangerous weapon is the order of the day.

“All the security agencies in Osun state should please act fast in restoring the lost glory of Osun as one of the safest states in Nigeria. We specifically call on the Commissioner of Police to rise up to the core duty of policing.”