President Muhammadu Buhari and All Progressives Congress (APC) Governors will meet today to further discuss the party’s forthcoming National Convention. The chairman of Progressives Governor Forum Governor Abubakar Bagudu disclosed this on Tuesday after a crucial meeting of the forum in Abuja. The Caretaker/Extraordinary Convention Planning Committee (CECPC), at the end of its 20th regular…”
Olamide
News Politics 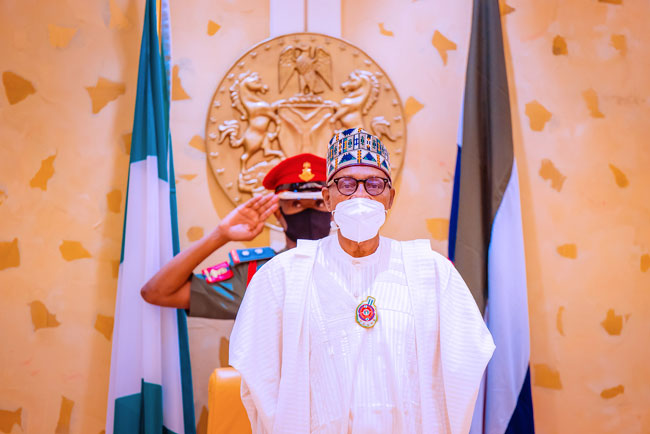 The chairman of Progressives Governor Forum Governor Abubakar Bagudu disclosed this on Tuesday after a crucial meeting of the forum in Abuja.

The Caretaker/Extraordinary Convention Planning Committee (CECPC), at the end of its 20th regular meeting on Monday, announced March 12 for the party’s zonal congresses and March 26 for the party’s national convention in Abuja.

Secretary to the Committee, Senator John James Akpaudoedehe after their meeting told newsmen of the new dates

Addressing newsmen after the PGF meeting, Bugudu said, “We had briefings from the Chairman of the Caretaker and Extraordinary Convention Planning Committee (CECPC) of the party, Governor Mai-Mala Buni of Yobe State.

“And we discussed the meeting we are going to have Mr President today to further discuss on the party (Convention).”

When asked the position of the forum on the new timetable released by the CECPC for the zonal congresses and national convention, Bagudu said, “Until we finish the meeting with Mr President we rather not comment on any timetable and any logistics.”

Bagudu expressed resolve of the forum to ensure the emergence of a crop of new leaders that will earn the confidence of the party members.

According to him, ”All the APC Governors have met and as always have appreciated the need to work together with the other stakeholders, we have always been humbled that we are not the only stakeholders of the party – to work with other stakeholders and to ensure that we deliver transparently, honestly, the national executive that will earn the confidence of all party members.

“I think, first we appreciate that Nigerians are interested in what the APC is doing because Nigerians give us their mandate by electing us into offices and holding us in high esteem and we are very conscious of that.”

Towards An Enduring Peace In Ile-Ife