BY ADEMOLA YAYA THE Republic of Rwanda is in Central Africa, bordered by Burundi, Uganda, Tanzania, and Democratic Republic of Congo.  It was separated from Burundi and gained independence on 1st July, 1962. Rwanda with its capital in Kigali is mainly divided into two main groups – The Hutu who are traditionally farmers and…”
Yusuf
featured Op-Ed 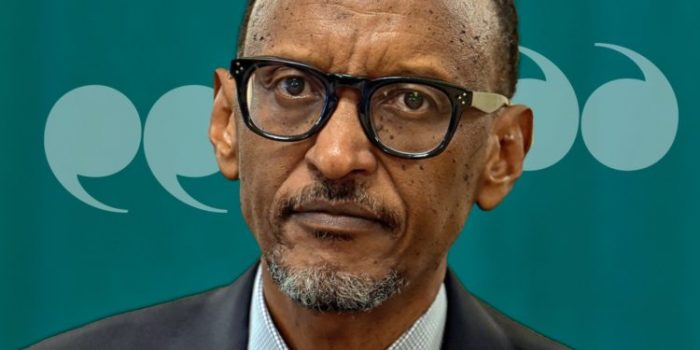 THE Republic of Rwanda is in Central Africa, bordered by Burundi, Uganda, Tanzania, and Democratic Republic of Congo.  It was separated from Burundi and gained independence on 1st July, 1962. Rwanda with its capital in Kigali is mainly divided into two main groups – The Hutu who are traditionally farmers and The Tutsi who are cattle pastoralists. There is a third group – The Pygmy Twa – who are hunters and potters. Although the official language is Rundi, it is a multilingual country where Kinyarwanda, French and English languages are widely spoken. About 65% of Rwandans are Christians, 5% Moslem and ¼ Traditionalists. Its total land area is 26,340km Square.

Between 1st October 1990 and 18th July 1994, there was a large scale civil war in Rwanda between Rwanda Armed Forces (representing the government) and rebels – Patriotic Front – caused by outstanding unresolved disputes between the Hutu and Tutsi groups, where hundreds of thousands Tutsi and moderate Hutus were killed. At the end of this devastating war, Rwanda Patriotic Front (RPF) assumed control with Paul Kagame as de facto leader. He served as Vice President from 1994 and became President in 2000.

Notwithstanding the fact that the civil war obliterated its institutions, human resource, economic base and social fabric in general, today, Rwanda economy has undergone rapid industrialisation, strong economic growth rates with new businesses springing up to uplifting people out of poverty. It is endowed in minerals such as Cassiterite, Wolframite, Sapphires, Gold and Coltan which are used in its mining industry to manufacture electronics and communication devices like mobile phones. The government has reformed and improved business environment to be very conducive for mining, tourism, coffee and tea which have continued to earn it stupendous foreign exchange for economic development and poverty eradication. After Botswana, Namibia and Mauritania, Rwanda is the safest country in Africa. As a result of Kagame initiatives and programmes, Rwanda is the cleanest country in Africa today which has earned it a title, “Singapore of Africa.” Its unemployment rate in 2021 is 1.61%; its poorest citizens are entitled to free healthcare insurance while its wealthiest pay premiums of $8 per year; its infant mortality rate is 23 per 1000 young children; its maternal mortality ratio is 248 per 100,000; its life expectancy is 70yrs.

It is instructive to note that infant mortality rate is the number of young children (under age 1) death per 1000 live birth. It is 56 per 1000 in Nigeria. Again, maternal mortality rate is the ration of number of women (15-49) who die from pregnancy related causes while pregnant or within 42 days of pregnancy termination per 100,000 live births. It is 917 per 100,000 in Nigeria. Life expectancy is a statistical measure of the average time an organism is expected to live based on demography and other factors such as gender, genetics, access to healthcare, hygiene, diet and nutrition, exercise, lifestyle and crime rates. It is 55yrs in Nigeria.

Rwanda government sees education as an instrument to insert a balanced set of capabilities in children so that they can grow up to become economically productive to develop sustainable livelihoods and contribute to peaceful and democratic societies and enhance individual well-being. Its education is targeted at finding solution to the problems of the society with emphasis on valuing one another and treating one another with dignity. It believes that when kids are equipped with correct knowledge and character, the future development of such country is assured. Hence, it allocates 10.7% of its 2020/21 budget to public education. It operates 6-3-3-4 system of 6yrs in Primary School, 3yrs in Junior Secondary School and 3yrs in Senior Secondary School. As of this year 2022, 97% of children are enrolled in Primary School because “12 Years Basic Education” in Primary and Secondary levels is compulsory. 65% of its 13,652,903 population is literate.

Rwanda is a Republic with multiparty democracy. Its ruling party – Rwanda Patriotic Front (RPF) – runs a Government of National Unity with four other political parties – the Christian Democratic Party, Liberal Party, Republican Democratic Movement and Social Democratic Party. The President who is the Head of State and Government is the Commander-In-Chief of the Defence Forces. He/She is elected by Universal Adult Suffrage for a 7yr of two terms. The RPF has so transformed the country that Rwanda is tagged a one party state as no opposition party is considered having capacity to wrest power from RPF.

Although Rwanda economy relies on subsistence farming, it has a mixed economy system with variety of freedom but a centrally planned economy with government regulation. Democracy is not all about changing or conducting elections every 4yr with continuous sharp decline in the living standard of the people, it is a government that improves the living and working condition of the people that is desirable and in fact, democratic no matter the forms and composition. What is the essence of every 4yr election to make a choice between Satan and Lucifer? What is the essence of democracy in the midst of insecurity, hunger and starvation, joblessness, misery and penury with no hope of solution in sight? Candidates presented by contesting political parties are not even the best of the ruling elite; they are majorly a product of dollarised primaries of highest bidders and not on ideas and programs that could catapult us forward. Recycling of ruling elite who have ruled and ruined us one time or the other cannot salvage our pathetic situation. Only a fresh breath ideology with disciplined and committed leadership can reset our system and re-install update for recovery and advancement in all areas of our lives. Otherwise, we shall continue live and rotate like barber’s chair in barbarism while our counterparts in saner climes live qualitative, meaningful and fulfilling lives.

NDLEA to Push for Kashamu’s Arrest