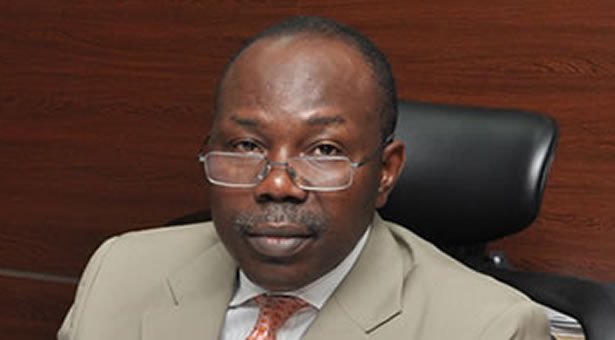 National Legal Adviser of the All Progressives Congress, APC, Dr Muiz Banire, has dismissed his suspension.

Executive Committee of the APC in Mushin Local Government Area of Lagos had announced the decision, accusing Banire of anti-party activities.

Acting Secretary of the ward, Taofeek Ajani-Balogun said the suspension was decided during a meeting held to review the last Local Government elections.

Reacting, Banire in a statement Thursday night, said a local chapter of the APC cannot suspend a national officer.

He said, “I have just been told that a press release is circulating around from the State Government that I have been suspended. This is another orchestrated lie by the State.

“I am still the substantive legal adviser of the party above being suspended by any organ but the National leadership of the APC.

“For those who care, they should watch media outlets tonight and tomorrow to watch me present my Constitutional amendment report to the National Chairman. They should ignore the mischief”.

The statement reads: “My attention has been drawn to a press release purportedly emanating from the Lagos State Government on behalf of some APC members. Assuming, without conceding, that this were genuine members of the party, it is evidence of the crass lawlessness.

“If these crooked elements were members of the Party, they would know that by the Constitution of the Party, it is the National Executive Committee that can remove a national officer of the party responsible for the 36 states of the Federation and the Federal Capital Territory.

“I, therefore, urge the members of the public to ignore these undesirable and mischievous elements together with their antics. Their actions showcase their desperation to foist lawlessness on the Party and the citizenry at large.

“It is important for me to state that their aim is to cause me unwarranted embarrassment and intimidation with the hope that I, in my usual responsible way, would step aside or resign from my position as the National Legal Adviser of the Party. However, due to the monstrosity of irresponsibility and illicitness of their conducts and agenda, I am duty bound to remain in office till the expiration of my tenure. Our great Party cannot be allowed to surrender to the idiocy of any person or group whatsoever,” he added.

Pastor Blames Paramedics For Death Of 3 Year Old In Church