From just a single case in Bayelsa State has, within a few weeks, has spread to eleven more states with no less than 74 infections, according to the latest reports. Although, the casualty figure has been quite minimal, but the rapid spread of the disease demands emergency management action from the federal, state and local…”
Editor
Health 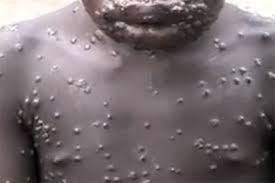 From just a single case in Bayelsa State has, within a few weeks, has spread to eleven more states with no less than 74 infections, according to the latest reports. Although, the casualty figure has been quite minimal, but the rapid spread of the disease demands emergency management action from the federal, state and local governments. All hands must be on deck to combat this highly contagious disease.

Some of the affected states include Akwa Ibom, Cross River, Ekiti, Lagos, Enugu, Nasarawa, Rivers and Abuja FCT. Like in previous epidemics, government should not be casual in tackling the disease and adequate measures should be put in place to ensure effective sample collection and testing to enable laboratory confirmation.

Fotunately, most of the victims are not dying from the disease, except in a few cases. A victim who reportedly committed suicide in Bayelsa State might have done so out of frustration, maybe, due to lack of proper counseling.

All the suspected cases are currently receiving appropriate medical care and the patients are improving clinically, according to the Nigerian Centre for Disease Control (NCDC). NCDC also says it has activated an Emergency Operation Centre (EOC) to coordinate the outbreak is investigation and response across the affected states.

Indications are therefore strong that the disease is gradually being contained. Indeed, some of the suspected cases have turned out to be negative after laboratory tests while a number of the confirmed victims have been discharged from hospital after treatment. But this is no reason to treat the situation with levity and light esteem.

There should be no disposition, as was the case with Lassa fever not quite long ago, that the impact of the disease has not reached alarming level. That would be insensitive. The Ebola epidemic, in 2014, claimed just about three casualties in Lagos and a national emergency was declared, which helped to check the spread.

Authorities should, therefore, not wait for crisis to occur before waking up to their responsibilities. The proactive measures already put in place should be sustained to curb a public health concern that could debilitate a large segment of the population if unchecked. Nigerians move a lot around all parts of their country, which is why the disease could spread easily.

Given the propensity for a rapid spread and the lack of capacity in most states to contain the disease, the Federal Government should spearhead the battle.

What is needed, at this juncture, is not panic but precautionary hygienic measures by members of the public. All persons suspected of experiencing the symptoms should immediately report to the nearest health facility and be put in isolation.

FUNABB Gets Diabetes Center As Obasanjo Confirms Effectiveness Of Herbs