Meghan Markle To Welcome Baby Diana In May

Prince Harry and his wife Meghan’s baby will be a girl called Diana born at home early next month — or so say the odds being offered by British bookmakers. As royal watchers await the couple’s first baby, punters are having a flutter on its gender, whether it will have Harry’s ginger hair, when it…”
Editor
Entertainment 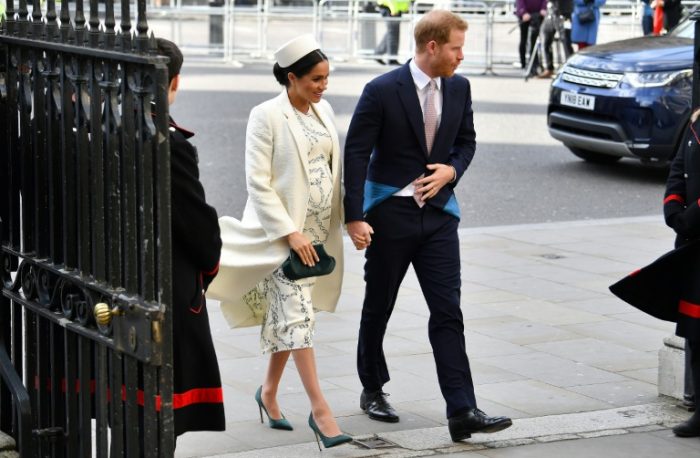 Prince Harry and his wife Meghan’s baby will be a girl called Diana born at home early next month — or so say the odds being offered by British bookmakers.

As royal watchers await the couple’s first baby, punters are having a flutter on its gender, whether it will have Harry’s ginger hair, when it will be born, and, of course, the name.

It should be an even chance, but betting firms are convinced the baby, who will be seventh in line to the throne, will be a girl.

Bookmakers William Hill priced the odds on a girl as low as 2/5, which means betting £5 to win £2 implying a five in seven chance of it being the correct outcome.

But punters have still been piling on big money, forcing the chain to suspend taking bets on April 9.

“In a normal market, that means people know,” said William Hill spokesman Rupert Adams, adding that the only other possibility was that gamblers were simply following other people’s bets, assuming the secret was out.

“I would be astonished if it’s not a girl,” he said.

The name of Harry’s mother, tragically killed in a 1997 car crash, has captivated punters.

“Diana is the red-hot favourite. I don’t understand it at all. I wouldn’t want to be reminded about it every morning. Sixty percent of all name bets are on Diana,” said Adams.

Considered more unlikely names are Barry, Tyrone, Rhys and Theresa at 250/1; and Genghis, Thor, Buddha, Muhammad, Jesus and Donald at 500/1.

Several bets have been placed on the names LeBron and Chardonnay, said Adams.

Besides Diana, punters have increasingly been backing Isabella, Rose and Grace.

“We’ve seen a flood of bets both online and in shops on the royal baby to be named Isabella, forcing us to slash the price,” said Paddy Power spokeswoman Amy Jones.

The children of Harry’s brother Prince William and his wife Kate are called Prince George, Princess Charlotte and Prince Louis.

For each of them, “the final favourite when we closed the book has been correct”, said Adams.

Most bets are placed on the name, after the birth has been announced.

Bookies seem certain the baby will be born in May, and at the couple’s new Frogmore Cottage home near Windsor Castle, west of London.

“We’re now as short as 1/5 for the baby to be born next week. We’re 7/2 for it to arrive over the weekend. May looks by the far the most likely now,” Ladbrokes spokesman Alex Apati told AFP.

The average royal baby bet is around £4 ($5.20, 4.65 euros). The whole market is expected to turn over around £5 million for the betting industry, said Adams.

Punters can bet on whether the new arrival or its one-year-old cousin Louis, will get the best school results, get married first and even go bald first.

Bets are also being offered on the baby’s godparents, with George and Amal Clooney, David and Victoria Beckham, Serena Williams, Elton John, Priyanka Chopra and Oprah Winfrey among the celebrity contenders.

History Of Lagos Fashion’ to be screened at A/W presentation

Khloe Kardashian Anxiously Awaiting The Arrival Of Her Daughter