By Toba Ajisafe     The Kiriji war in the state of Osun has left an impulse of prominence to the Yoruba people and has been described by historian as the world longest civil war by an ethnic group which lasted for 16 years.     Hitherto, the war has left an imprint of tourism…”
Editor
featured hero Osun TOURISM 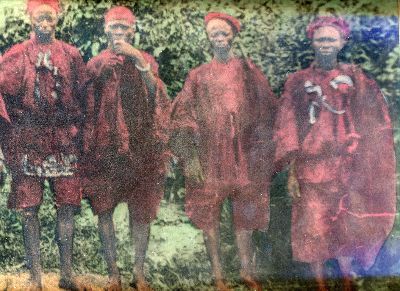 The Kiriji war in the state of Osun has left an impulse of prominence to the Yoruba people and has been described by historian as the world longest civil war by an ethnic group which lasted for 16 years.

Hitherto, the war has left an imprint of tourism and monumental serene to the boundary of Imesi-Ile and Igbajo community being the place where the battle took place.

According to history, the epic war took place as a result of the vision Ibadan Empire was set to run with then, in which wanted to enlarge its reach of influence as protector of the Yoruba nation. Hence, the vision called for representatives of Ajele to protect the interest of Ibadan in barely all Yoruba land to rule over the conquered territories on behalf of Ibadan.

It was recorded that the Ibadan representatives (Ajeles) was power drunk which transformed them to despot thereby collecting exorbitant tribute and ridiculous homage from communities.

History had it that the Ajeles wax strong in defiance to people’s plea of mercy and consideration which made an Ajele (Name Unknown) had sexual intercourse with the wife of Fabunmi a native of Oke-Imesi.

When he (Fabunmi) heard about it he reacted with a sense of bravado by beheading the Ajele and sent the head of the obstinate Ajele to Ibadan monarch.

Having done this Fabunmi knows the consequence of his act, knowing it is a stroke to war; he started consulting some Yoruba land for the support especially his mother land who did not like the system of Ajele. This very courageous step took by Fabunmi gave a number of Yoruba land monomaniacal cooperation against the treat. In a very short span another fragment emerge amidst the Yoruba to form a colony called Ekiti Parapo led by an irrepressible warrior called Ogendengbe of Ijesa land to stop the terrain of the Ibadan vision.

Ibadan Monarch was not pleased with rebel caused by Fabunmi causing a fragment within the Yoruba Empire to raise a warrior called Latosa to fight the course and protect the sanctity of the empire.

This breach causes the Ibadan to camp to the border of Igbajo and also the Ekiti Parapo camp at Imesi-Ile border ready for the war.

The war gained its name from the sophisticated gun used at the war front that sound K-I-R-I-J-I, which has named the battle itself out of many wars that took place by an ethnic group throughout the whole world.

In a tour observed by our correspondent to the Kiriji war site, the site was made up of many historical places; in the likes of: Ogendengbe Stone Stool, Ogun shrine of Ogendengbe, Fejeboju stream, Ibu Latoosa, Treaty peace site, Faragbota tree and Aabaa Latoosa (Village of Latoosa).

Ogendengbe stone stool was the commanding tower for the army of Ekiti Parapo and they waited steadfastly for the mystical command and communication from their commander’s stool which is about 1000meters to the war site.

Another monumental place at the site was the Ogun shrine where Ogendengbe usuallh consulted gods on how the war will look like and it is the enquiry portal.

Fejeboju stream was formally called Eleriko which supplied water to both the Ibadan and Ekiti parapo confederate camps. But history recorded that during the war, victims from Ekiti Parapo camp washed their faces of blood, getting back to their camp, people saw blood splashes on their faces thereby Eleriko becomes Fejeboju because of the much blood flowed into it from the casualties during the war.

The ancient landmark where peace was restored was the Peace Treaty Center which is situated between the two communities (Igbajo and Imesi-ile).

The arena was the site all stakeholders of the war converged to end the war.

On September 23rd, 1886, Acting Col. Secretary, Henry Higgins and Queens Advocate Special and Commissioner Clerk in Holy Order, Mr. Oliver Smith was present at the site where all stakeholders stood on stone to signed peace treaty.

The twelve articles were signed and inserted into a bottle and buried in the hole of about six feet.

These twelve articles on the agreement are conspicuously inscribed as plagues on a monolith that is still at the site till date. And it has also been a place that attract tourists both within and outside the country.