News reports gathered that Nigerian minors between the age of 11 and 15 who are students of  Glisten International College, Abuja, were left stranded at Istanbul Ataturk Airport, Turkey, due to the failure of Turkish Airlines to airlift them back to Nigeria as scheduled. The students, who were 22 in number, were abandoned at the…”
Editor
News World News 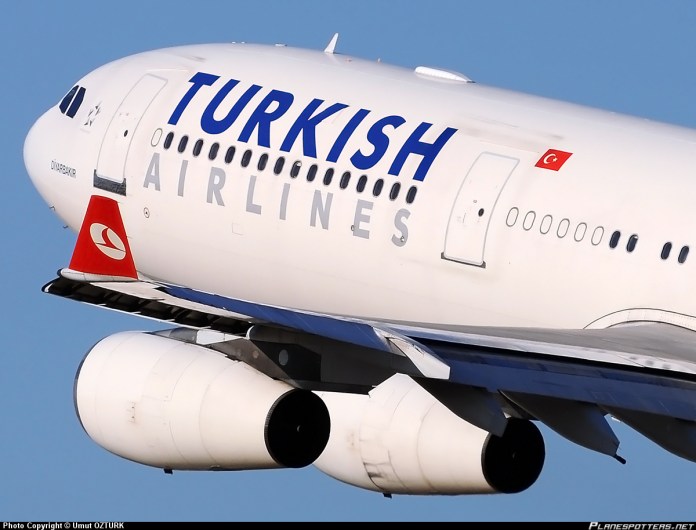 News reports gathered that Nigerian minors between the age of 11 and 15 who are students of  Glisten International College, Abuja, were left stranded at Istanbul Ataturk Airport, Turkey, due to the failure of Turkish Airlines to airlift them back to Nigeria as scheduled.

The students, who were 22 in number, were abandoned at the instance of the airline, which did not provide them with accommodation. Instead, they were forced to sleep at the airport terminal and were given blankets to ward off the severe cold.

Informed source told THISDAY that the students who had travelled to the United States to represent Nigeria in a competition a few weeks ago, were forced to part with the sum of $40 (N15,200) each, totaling $880, before they were allowed to sleep at the airport under the severe cold.

A source close to the school who confirmed the development to THISDAY, said that the team had boarded Turkish Airlines flight from Abuja to the U.S., with a stopover at Istanbul Airport.

But the airline, on the return trip, failed to airlift the students as scheduled and did not provide them with befitting accommodation until when they were stranded.

He revealed that the flight from the U.S. to Istanbul was delayed for an hour by the same airline and by the time it eventually arrived at Istanbul for the connecting flight, the Istanbul-Abuja flight had already departed.

“Our pupils, students and instructors went to the US to represent Nigeria and were supposed to return on Monday, but missed the return flight to Nigeria because the flight from U.S., which was equally Turkish Airlines, was delayed by an hour and by the time we got to Istanbul, the flight to Abuja had already departed.

“Rather, we were told to sleep in the resting room of the terminal and we had to pay from our purse, which negates international regulations, as the airline ought to taken care of its passengers under the circumstances.

“These are children between the ages of 11 and 15 and they were exposed to this harsh treatment. Could they have done that with their own citizens? Or will they allow any Nigerian carrier to do that to their citizens in Nigeria?

“I am begging our government to take up this challenge because these kids went to represent Nigeria in the US,” the source who was on the same trip but preferred not to be named, said.

When contacted Turkish Airlines refused to comment on the incident, as the airline’s representative in Nigeria, KunmoCom PR, told THISDAY that the email sent to the airline’s headquarters in Istanbul was not replied.

Turkish Airlines has fallen short in its customer services department on its Nigerian route in the past. Last year, the airline ran into trouble when it left the luggage of several passengers in Istanbul for several days, leading to a fracas at the Abuja airport.

The Consumer Protection Council (CPC), which waded into the crisis, later sanctioned the airline.