British billionaire Jim Ratcliffe’s Ineos company officially joined the race to buy Manchester United on Tuesday. United’s owners, the Glazer family, said they were willing to listen to offers for the Premier League club in November and Ratcliffe is keen to strike a deal. Boyhood United fan Ratcliffe, who made an unsuccessful £4.25 billion ($5.2…”
Olamide
News Sports 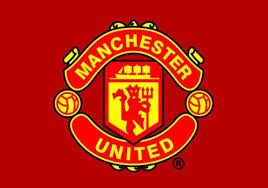 United’s owners, the Glazer family, said they were willing to listen to offers for the Premier League club in November and Ratcliffe is keen to strike a deal.

Boyhood United fan Ratcliffe, who made an unsuccessful £4.25 billion ($5.2 billion) bid to buy Chelsea last year, has long been linked with the Old Trafford outfit.

“We have formally put ourselves into the process,” an Ineos spokesperson told the BBC.

After failing with his Chelsea takeover when Roman Abramovich sold the Blues to American tycoon Todd Boehly and his consortium, Ratcliffe is back in the hunt for a Premier League giant.

United have yet to comment on the news of the 70-year-old’s interest in taking over from the United States-based Glazers.

But, born in Failsworth, Greater Manchester, Ratcliffe is one of Britain’s richest men and might be more palatable to the United support than the Glazers, who have experienced numerous fan protests during their troubled reign.

The Glazers, who completed a leveraged takeover of the club in 2005, have proved deeply unpopular with supporters due to the team’s declining fortunes on the pitch in recent years.

Their purchase of United also saddled the club with huge debts and they have long been accused of taking more out financially than they have invested in terms of transfer funds.

The Glazers further angered United fans by backing the failed European Super League project in April 2021 which would have led to the club joining a breakaway competition.

A statement from United in November said the board will “consider all strategic alternatives, including new investment into the club, a sale, or other transactions involving the company”.

United haven’t won the Premier League since 2013 and their last major trophy came six years ago.

The First Western Governor Dies A Day Before His Birthday