Elizabeth Akinbote is a Lagos-based sex therapist. She operates Fragile Lanterns and blogs on female mental and reproductive health. In this interview with SOLOMON ODENIYI, she speaks on the importance of sex in marriage, just as she proffers solutions to many of the marital issues arising from sex. Excerpts: How important is sex in…”
Yusuf
featured Op-Ed 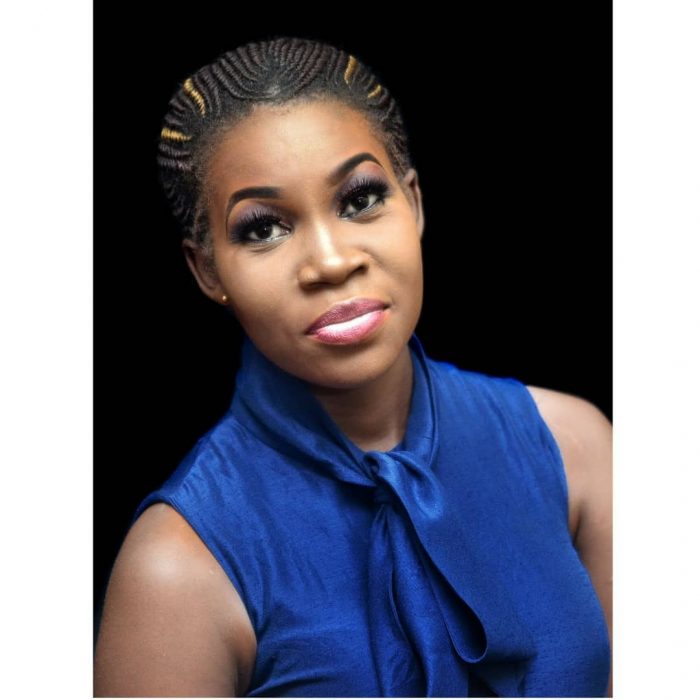 Elizabeth Akinbote is a Lagos-based sex therapist. She operates Fragile Lanterns and blogs on female mental and reproductive health. In this interview with SOLOMON ODENIYI, she speaks on the importance of sex in marriage, just as she proffers solutions to many of the marital issues arising from sex. Excerpts:

How important is sex in marriage?

Studies have shown that married couples who have sex regularly live longer, have better heart health, enjoy a deeper connection and let go of annoyances easily. From experiences, sex reduces stress and emanates lower possibility of divorce.  In long-term relationships, it is important to have sex even if you are not in the mood for it. When couples tend to drift apart, a regular sexual intimacy helps them to work through their disagreements more lovingly, as they look beyond their differences to find common ground that works for both, instead of engaging in power struggle.  Having a regular sex will remind you of how much you mean to each other. Always take an opportunity to work out your sex schedule. The more you have it, the happier you will be.

How could a spouse cope with high-libido partner?

Mismatched libido does not necessarily have to be a deal-breaker in a relationship. With the right approach, even couples with different sexual appetites can find ways to make it work. Here are some important steps to take when your partner’s sexual drive does not match yours. Firstly, communicate with your partner about your sex life because nothing will change without communication. Secondly, negotiate the average number of sex you can have in a week and a month. Thirdly, schedule sex dates and stick to it. Lastly, cuddle up. If you need help negotiating a schedule, or if a chronic desire difference has undermined your relationship to the point where you can’t discuss the issue, consult a sex therapist.

What is the average number of sex to have in a week?

When it comes to how often couples should have sex, science actually has an accurate idea which suggests that age can predict how much sex we should be having. People between 18 and 29 have the most sex, with an average of 112 sex sessions per year, and a minimum of twice a week; 30 to 39 year olds have sex 86 times a year, which averages out at 1.6 times a week. Those between the age of 40 and 49 manage to have sex 69 times per year, and roughly 52 times yearly for couples in their 50s and beyond.

What does sex communication mean?

Communication is part of having good sex. The willingness to talk about the kind of sex we have or want is sexual communication; especially when it is about what we want from, and during sex. By having these conversations, you and your partner’s relationship can have emotional, psychological, and mental benefits.

Could there be too much sex in marriage?

As long as both your partner and you are happy and comfortable, there’s really no such thing as too much sex.

Does position or duration have a role in sexual satisfaction?

Some sexual positions can be painful, it is important to know the sexual position that gives your partner and you total satisfaction. Sex positions commonly involve penetrative or non-penetrative sexual activities. While some partners like long-hour sex duration, some prefer it short. With a sex-positive attitude, an open mind, lots of sexual communication, and enough lube, you will discover that there are many ways to satisfy your significant other.

Can sex pacify an angry spouse?

Making love after a fight with your spouse is also known as angry sex. Indeed, sex does not smoothen everything. You still have to talk and practically work through the issue. However, making love can aid the process. For individuals who have a hard time communicating difficult emotions, angry sex could become a way to express each other’s feelings. Angry sex could serve as an outlet to express aggression or be a way to reconnect and repair after a fight. Sex causes a surge of happy hormones in your brain. These hormones include oxytocin, dopamine, and serotonin.

When does sex become punishment for a spouse?

Sex becomes punishment when spouses punish their partners by withholding sex. Attempting to use sex as a weapon in relationships is always a bad idea. The drawbacks are numerous; it drives your partner away, creates fights, causes tension, takes the fun out of a relationship and you literally stop being attentive to each other’s needs. Couples should use sex as a pronouncement of love and not as a weapon or reward.

In a situation where couple has dissenting preference between romance and sex, how should they go about this?

Your relationship doesn’t have to suffer if you and your partner have different preferences about ways to be intimate. Instead, talk about the type of intimacy you both prefer, and take time to truly connect.

How can a widow / widower at an old age who develop high sex urge manage himself / herself without sleeping around?

Having a high libido occurs in some women after menopause. In this situation, you may get sex toys as they are great tools for getting sexual satisfaction without having a sexual partner. You might also want to consider remarrying a widower, having a partner provides emotional intimacy that cannot be gotten from sex toys.

When women get to a stage in life, they tend to lose interest in sex, why?

This is not only limited to women. Changes in sexual desire and behavior throughout our life cycle are normal. This is especially true as we enter our later years. People tend to have less intercourse as they get older. As you age, sex may not be the same as it was in your 20s. People in the 40 to 49 age group manage to have sex only 69 times per year and roughly 52 times yearly for couples in their 50 and beyond. Sex in later life may not be the same as it was in your youth — but that does not have to be a bad thing. In fact, sex can be more enjoyable than ever. Many couples want to know how to get back to the sexual arousal and activity levels they experienced in their 20s, 30s and early 40s. Instead, find ways to optimize your body’s response for sexual experiences now. Ask each other what is satisfying and mutually acceptable.

However, as women approach menopause, their estrogen levels decrease; this may lead to vaginal dryness and slower sexual arousal. Emotional changes can increase feelings of stress, which also can change your interest in sex. Some women may have sexual dysfunction that is related to social or psychological issues; such as stress, anxiety, body image problems, relationship problems, or the lack of a partner.

While some women may enjoy sex more without worrying about pregnancy, naturally occurring changes in body shape and size may cause others to feel less sexually desirable. So what is a woman supposed to do? Seek treatment. That may not be as complicated as you think. Many sexual problems can be reversed with appropriate therapy. Some therapies are simple, such as using a lubricant or low-dose vaginal estrogen for dryness and pain, or swapping one medication for another with negative side effects. Sometimes, the treatment may be more involved, such as hormone therapy for decreased libido or sex therapy for inability to climax.