Grain Importation And The Case For The Nigerian Farmer, By Deji Rotimi

In recent days, the importation of grains precisely maize and the dearth of the Nigerian farmer have been generating quite a lot of argument for and against. After filtering through the various chatters across different platforms, I deduced the contention of the whole situation as some agricultural based groups are complaining about the importation of…”
Editor
Op-Ed 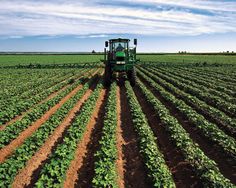 In recent days, the importation of grains precisely maize and the dearth of the Nigerian farmer have been generating quite a lot of argument for and against.

After filtering through the various chatters across different platforms, I deduced the contention of the whole situation as some agricultural based groups are complaining about the importation of maize at relatively cheaper prices by some food and beverage firms for production and how it will crowd out the market for local farmers; thus requesting the government to ban the importation of grain.

As a stakeholder in this industry, I am privileged to have a holistic view to some of the situation across the value chain; from engaging local farmers via contract off-take to advising government on various issues.

There are various viewpoints I can employ to address this issue, but I will stick to the most realistic one.

There are several statistics bandied around on the annual national demand for the country’s maize. I estimate an annual demand of 15million MT per annum and a food and beverage firm would require at least 500,000Mt of maize annually.

Now, I will proceed to describe the mammoth resources and onerous tasks that are required to produce just half a million metric tons of maize per annum in Nigeria.

First, assuming we estimate a generous production yield of 3MT/per hectare, a land size of more than 150,000 hectares will be needed to cultivate at a cycle that is 1,500 km2. The entire land size of Lagos state for example is just 999.6 km2.

With the current operative land reforms or lack thereof, acquiring such contiguous land mass without much bureaucratic and legal hurdles will border on the miraculous; nay impossible.

Secondly: to clear and prepare the entire Lagos, at the current rate of N450,000 per hectare, a ‘modest’ sum of N67.5 billion will be expended.

Our readiness and practice of mechanized farming in Nigeria is still largely a mirage. This can be partly attributed to inadequate funds, access and other factors that we cannot examine in the here and now. But we will pick on tractors, amongst other machineries, for this discourse.

We would need about 1,500 tractors to operate on 100 hectares of land each for guaranteed efficiency. At my last check, a quality tractor of up to 45hp sold between N15 and N25 million. That is another N37.5 billion. Combined with cost of land, we are already looking at a potential N105billion venture.

Here, let us not even touch on the chronic lack (and the associated problems) of qualified personnel to operate and manage these tractors. This is one nationwide feature that seems deeply entrenched in perpetuity, no thanks to our destructive stubbornness towards adopting global best modern farming practices, as well as our failure as a people to have constructively, diligently, and sustainably integrated our youth and young adults into the agribusiness industry at various levels.

Thus we will have to rely on our one and only, overused and faithful aging farmers, who presently average 70 years of age and above and will in 5 to 10 years time be closer to sterility, if not mostly late.

At a rate of two hectares per farmer, we will have to mobilize about 75,000 of these our parents and grandparents to perform backbreaking slave labour in the guise of farming.

Oh, of course we will have to subject them to unimaginable penury worse than they currently experience now, all because they are the best that we can do as a nation.

And we will have to deploy a lot of hoping, praying and fasting to wish out bountiful harvests from their belabored labor because that is another thing we are great at doing, as a nation.

And by the way, we will have to import about 75,000 hoes and cutlasses and some other basic farm implements from our friendly neighbors in Ghana and Benin Republic, because currently we do not produce much of them. I will not bother putting a cost to this.

After cultivation and drying of the 500,000MT of maize to standard specifications between three and six months using sun-drying methods. We have to store them in silos. So we are in luck: The Federal Government just concessioned some silos manufacturing plants across the country. But Alas! The highest single location capacity is only 32,000MT; which falls far short of the 500,000MT needed.

By the way, to build a 500,000MT capacity silo, it will cost a princely sum of N100billion. The subtotal cost implications of the few steps in the production process I identified above is N205billion, which is in no way exhaustive.

Comparatively, the total agricultural intervention by the Central Bank of Nigeria (CBN) is less than N300billion. If by some extraordinary miracle, we are able to get all the funding from both government and private sector and map out a patriotic strategy with all stakeholders (government, industries, farmers) to produce the 500,000MT of maize required for that one company, we still have to factor in time into the variables. Ideally, we will need about 5 to 8 years of intense and consistent work to attain a level of process expertise.

Thus, the question is ‘can we wait?’ Nigerians are renowned as impatient and with the now legendary ‘now now’ mentality that has become characteristic of us as a people, very few individuals, entities and even government leadership can muster such virtue of patience and focus required to see this work to its optimum potential.

The contentious importation of maize by some Nigerian based agribusiness concerns is not an arbitrary exercise. And neither is it a measure of economic sabotage. Rather, it is a well thought out tactical step aimed at ultimately sustaining a key aspect of the agribusiness industry in Nigeria.

Considering the myriad of our unfavorable natural and man-made circumstances, economic and social constraints highlighted above, it would be impossible for the businesses concerned to survive, much less thrive given the crippling effects that an alternate strategy of sourcing for their raw materials of grains locally would have had on their operations.

From land unavailability to prohibitive cost of acquisition; from lack of skilled manpower to scarce capital of finance and machineries, all the way to the unfeasibility of time constraint, the importation of maize should be seen and embraced as a strategic solution of making the most out of an impossible situation.

As Sai Baba Goes To Work In London, Again By Tunde Asaju