The telecommunications operatives in Nigeria will be losing one more competitive name in the industry after the crisis rocking Etisalat Nigeria deepened yesterday with a directive from the Emirates Telecommunications Corporation (ETC), the largest shareholder in the embattled firm, that the Nigerian arm should stop using the brand name within the next three weeks. The…”
Editor
Technology 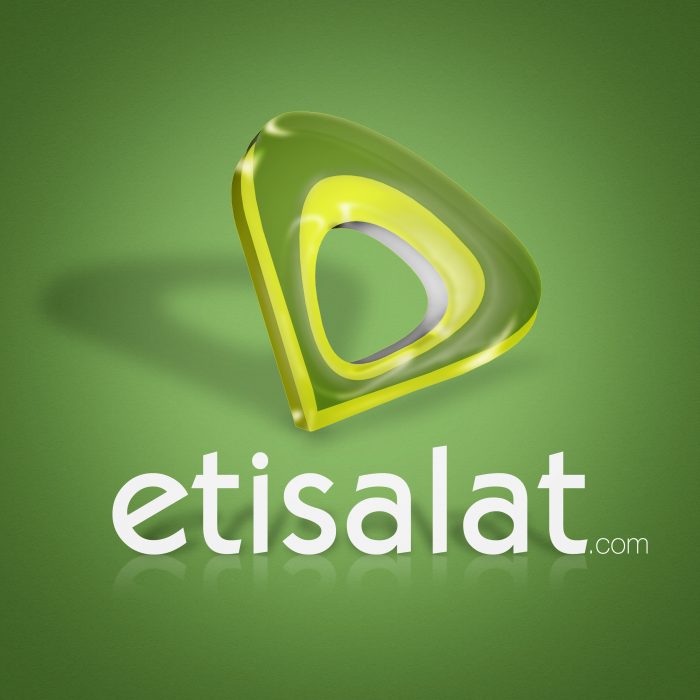 The telecommunications operatives in Nigeria will be losing one more competitive name in the industry after the crisis rocking Etisalat Nigeria deepened yesterday with a directive from the Emirates Telecommunications Corporation (ETC), the largest shareholder in the embattled firm, that the Nigerian arm should stop using the brand name within the next three weeks.

The implication is that the new management must decide within the next 21 days on the options before it, which are either an outright sale of the company or merger with an existing operator in the country.

Etisalat, which controls 13 per cent market share in Nigeria, has had a running battle with a consortium of 13 banks since March, after it notified them of its inability to service its $1.2 billion debt in February due to the foreign exchange challenges in the country.

The firm had through its Vice-President, Regulatory & Corporate Affairs, Ibrahim Dikko, three weeks ago, claimed that it had repaid 42 per cent of the loan.

“As at today, we can categorically state that the outstanding loan sum to the consortium (of banks) stands at $227 million and N113 billion, a total of about $574 million if the naira portion is converted to U.S. Dollars. This, in essence, means almost half of the original loan of $1.2 billion, has been repaid.”

The Chief Executive of Etisalat International, Hatem Dowidar, told Reuters yesterday that Abu Dhabi’s Etisalat had terminated its management agreement with its Nigerian arm and given the business time to phase out the brand in Nigeria.

Etisalat had been ordered to transfer its shares to a loan trustee after the talks which brought up management changes to the Nigerian arm.

Dowidar said all UAE shareholders of Etisalat Nigeria had exited the company and left the board and management. He said discussions were ongoing with Etisalat Nigeria to provide technical support, adding that it could use the brand for another three-week before phasing it out.

Etisalat had already planned a name change, according to a source, who claimed that there was nothing to worry about on the matter. He said Emirate Telecoms Group, which hitherto had 45 per cent shareholding, had pulled out of the business. Other shareholders in the company are Mubadala Development Company (40 per cent) and Emerging Market Telecommunications Services (EMTs) (15 per cent). While the first two investors are from UAE, the third, which is EMTS, is from Nigeria, led by the former chairman, Hakeem Bello-Osagie.

On the development, the Director of Public Affairs at the Nigerian Communications Commission (NCC), Tony Ojobo, told reporters that the regulator was not aware of such a deadline. “If there is anything like that, Etisalat will need to write the commission officially,” he said.

Besides, there is a report that two telecommunication giants, Orange and Vodafone Groups, are in a race to buy 65 per cent of Etisalat Nigeria, following the pullout of its major shareholders.

An industry source claimed that Africa’s richest man, Alhaji Aliko Dangote, might be nursing the ambition of helping the troubled telecommunications firm by buying up the shares.

In December, 2010, The Guardian reported how EMTS purchased Alheri Mobile Services Limited, a fully owned subsidiary of the Dangote Group. Alheri Mobile was a holder of a 3G licence for Nigeria. The acquisition put Etisalat Nigeria in the position of having immediate access to and full use of a 3G licence in line with the other three GSM operators in Nigeria.

The pioneer CEO of Etisalat Nigeria, Steve Evans had stated: “We are delighted to acquire the 3G licence, which is an essential element of our plans for further developing the market for mobile broadband in Nigeria. We have placed a strong emphasis on offering data services to all our customers from launch through enabling ‘Edge’ on all our cell sites throughout Nigeria. Now with 3G, we can further develop our data and mobile broadband portfolio and offer our customers even higher levels of service. There is pent-up demand in Nigeria for broadband and we intend to be leaders in satisfying it.”

Then Chairman of EMTS, Hakeem Bello Osagie said: “We are very happy with the acquisition of the 3G licence and with the professional way in which the negotiations were led by Mr. Aliko Dangote and his team. We look forward to further cooperation in the future.”

Interestingly, the newly appointed interim CEO of Etisalat, Boye Olusanya, was the managing director of Alheri Mobile and head of Dangote’s telecommunications arm. “It makes sense for us to sell Alheri Mobile to Etisalat Nigeria as we believe that the market here can only sustain four mobile operators in the medium to long term. We intend to use the capital raised to develop our other assets in the telecommunications market and we look forward to continuing to deepen our relationship with Etisalat Nigeria.”

On the new development, the Chairman, Association of Licensed Telecoms Operators of Nigeria (ALTON), Gbenga Adebayo, said that as people were aware of the new management team, “we do hope that the brand issue will be resolved without any impact on the subscribers and as part of the overall resolution of all issues affecting our members (Etisalat). We are hopeful and optimistic that the brand will overcome the current challenges. We continue to assure management and staff and their subscribers of ALTON support at all times,” he said.

To the President of the Association of Telecommunications Companies of Nigeria (ATCON), Olusola Teniola, the brand image of Etisalat is key to the 20 million subscribers that identified with the youth profiling that the brand sought to attract.

Teniola said it was inevitable when Abu Dhabi Emirates pulled out that their brand would also leave.

According to him, like the various and many changes in Econet to now Airtel, “it appears that this change in name from Etisalat Nigeria will hopefully not mean a change for the worst in terms of the quality of service Etisalat was known for in its data service offering. We expect a proactive communication from the new management of what this means to their loyal customers.”

Meanwhile, at press time, Etisalat Nigeria was yet to issue a statement on the deadline on the use of the brand name.

CCCN To Tackle Importation Of Substandard Goods To Nigeria