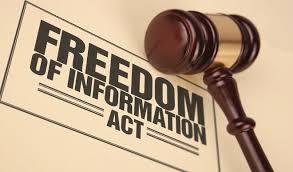 The Court of Appeal has ruled that Nigerian states have no powers to reject requests filed under the Freedom of Information Act (FoI).

In a March 27 decision at the Akure Division, the Court of Appeal ruled that the requests for information, especially around public expenditure, under the FoI, are made in public interest and should be honoured by all states.

The decision came in an appeal filed by Martins Alo, a journalist, against the Speaker of Ondo State House of Assembly and Auditor-General of Ondo State.

Mr Alo had demanded the audited report of Ondo State Government between 2012 and 2014 to properly access how public funds are utilised in the state. But the request was rejected, prompting him to seek judicial redress.

The Akure Division of Ondo State High Court had previously ruled in 2016 that Mr Alo had no right to demand how the state was spending money, saying the FoI was not applicable to states and the request was not in public interest to begin with.

The judge, Williams Akintoroye, also said Mr Alo should pay a damage of N10,000 for wasting time and resources of the state.

But Mr Alo’s lawyer, Femi Emodamori, appealed the ruling on behalf of his client, arguing that Mr Akintoroye erred in his judgment and that his client was acting in public interest.

A three-member panel at the Court of Appeal rejected Mr Akintoroye’s ruling and agreed with the appellant that the FoI was applicable to states and it was in public interest for the state government to release its audited report.

The Court of Appeal judges who sat on the matter included Uzo Ndukwe-Anyanwu, Obande Ogbuinya and Ridwan Abdullahi.

Mr Ndukwe-Anyanwu wrote the lead opinion, saying Mr Alo has a right to act on behalf of the public to obtain the information from state authorities. He also quashed the N10,000 fine imposed by the lower court.

“In a democratic dispensation, such as the Nigeria’s, the citizens have been proclaimed the owners of sovereignty and mandates that place leaders in the saddle,” Mr Ogbuinya said in his concurring opinion.

The citizens have a right to know details of “expenditure of public funds generated from their taxes,” Mr Ogbuinya added.

Several states, including Lagos, Adamawa, Akwa-Ibom and Ondo, have been rejecting FoI requests relating to their activities since the law was signed in 2011 by former President Goodluck Jonathan.

The states argued that the FoI is a federal law and its provisions are simply not binding on their respective jurisdictions, frustrating accountability efforts by media outlets and transparency advocates.