Federal government of Nigeria has received the £4,214,017.66 looted funds recovered from family members and associates of former Delta State Governor James Ibori. This was disclosed by Attorney-General of the Federation (AGF) and Minister of Justice, Abubakar Malami (SAN), who said that the British Government has paid the looted found to the Federal Government’s…”
Olamide
featured News 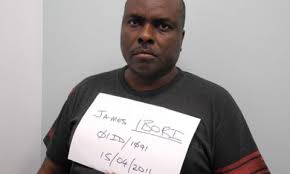 Malami’s made the disclosure by his spokesman, Dr Umar Gwandu, in a press statement, quoted the AGF as confirming the receipt of the recovered loot.

According to him, “Malami signed a Memorandum of Understanding for the repatriation of the Ibori loot on behalf of the Federal Government of Nigeria.

“The development, according to Malami, was a demonstration of the recognition of reputation Nigeria earns through records of management of recovered stolen fund in the execution of public oriented projects”, he stated.

Farmer Murdered Inside Farm In Ondo

See What Befalls A Corps Member Hours Before Passing Out