The Federal Govermment, through the Ministry of Mines and Steel Development, today commenced an Air-Borne Geophysical Survey on Mining sites in the State of Osun. The exercise which kick started simultaneously in 19 states of the federation is targeted at using latest survey sensors to generate magnetic and radiometric data that will help in…”
Yusuf
featured hero News 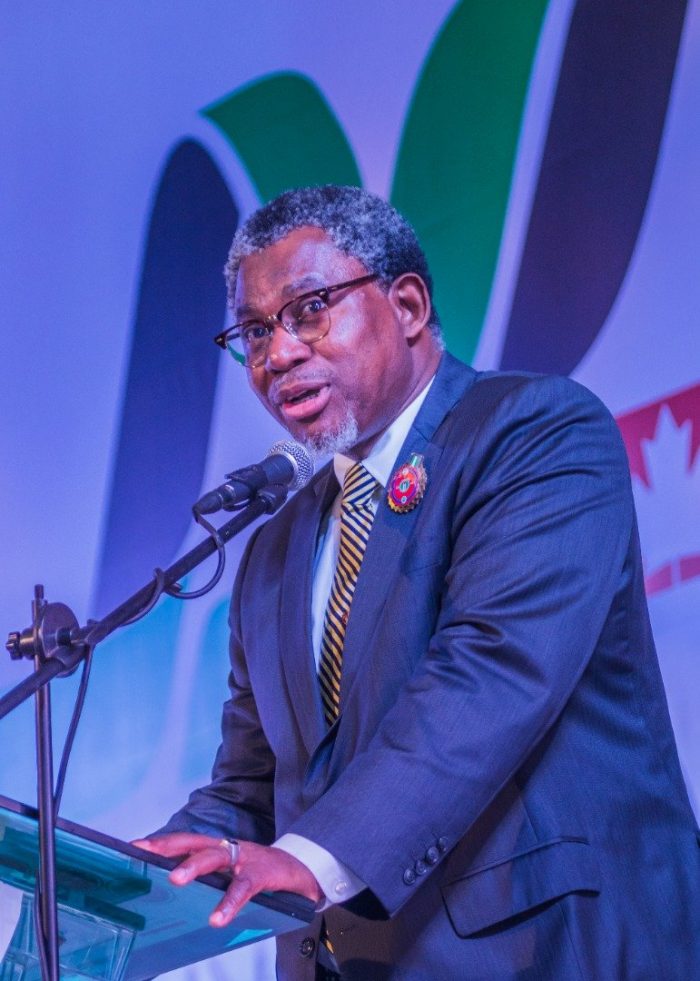 The Federal Govermment, through the Ministry of Mines and Steel Development, today commenced an Air-Borne Geophysical Survey on Mining sites in the State of Osun.

The exercise which kick started simultaneously in 19 states of the federation is targeted at using latest survey sensors to generate magnetic and radiometric data that will help in potential areas/zones of mineralisation in affected local government areas of the state.

The Minister of Mines and Steel Development, Arc. Olamilekan Adegbite, stated this at the flag-off of the exercise held at the Federal Secretariat, Osogbo.

Represented by the Team Leader and Director, Human Resources in the Ministry, Muhammad Kabir Suleiman, mni, the Minister said the move is part of government’s readiness to maximise potentials in the mining sector by developing a roadmap for its growth.

Adegbite explained that: “Mining is one sector identified as a potential source of growth for the future. In response to this, the Federal Government developed a roadmap for the growth and development of the sector. The roadmap identified insufficient geo-data and geological knowledge as major barriers to investment in the sector.

“As you are all aware, Osun State has a difficult terrain, as result, it has been difficult to penetrate the State and gather geological information that may lead to mineral discoveries. In the realization of this difficulty, and to accelerate data generation, the Federal Government is embarking on a high-resolution Airborne Geophysical Survey across the identified Local Government Areas of Osun State.

“This survey will involve flying small aircrafts at low altitudes over communities in the Local Government Areas and will be measuring minor variations in the earth’s magnetic fields and gamma radiations in the subsurface. It is a passive technique that does not involve sending out any signals into the ground and therefore remains a very safe aerial survey. Xcalibur Airborne Geophysical, a South African based firm, was engaged to conduct the exercise. Some planes, specifically designed for the survey have been deployed to the country to commence this exercise.

“Our engagement here is aimed at bringing to your notice and the general public in Osun State on the commencement of the Airborne Geophysical Survey and to urge all the residents in the State not to panic either as a result of the loud noise of the aircraft due to the low flying altitude or the pattern of their movement. This, of course, has become necessary given the current security situation in the country so that people do not get misinformed and entertain unnecessary fears that may lead to tension in the communities.

“It is worth noting that the first similar survey was carried out between 1973-1977 and pilot in 2003 that covered Ogun State. In 2005-2010 a nationwide survey which covered the entire country was carried out. Also in 2011, airborne Electromagnetic Survey of some areas around Birnin Gwari (kaduna State), Ilesa (Osun State) and Abakaliki (Ebonyi State) for metallic minerals was carried out.

“Consequently, this current survey is aimed at bridging the geodata gap, and this time it is going to be of higher resolution survey and is expected to return more detailed information on the geology and mineralization. This will undoubtedly lead to the discovery of several minerals in various parts of the country, which will, in turn, promote investments in the sector and boost employment opportunities, wealth creation, and more revenue to governments. The data is also useful for land use planning, agriculture, civil engineering etc”.

He sought the support of the State Government of Osun and Local Governments and encourage the general public in their respective localities not to panic either due to the loud noise of the aircraft or the low flying altitude or the pattern of movement of the aircraft.

The Minister stressed the need for Local Government Chairmen to re-sensitize the Royal Fathers, Market Leaders, Road Transport Union Leaders, Religious Leaders, Farmers, Hunters and the general populace on the exercise and “ensure the effective distribution of the flyers and jingles prepared by the Ministry to re-sensitize the general public so that people do not get misinformed and entertain unnecessary fears that may lead to tension in the communities.”

Work As Hard As You Pray: Osinbajo