OBSERVATION: Productivity Is The Key

Productivity is the ratio between volume of inputs and output. It measures how efficiently inputs, like labour and capital are used to produce a given level of output. Production is the act of creating an output – good or service – which adds value and contributes to the utility of individuals. To survive, therefore, every individual…”
Yusuf
featured Op-Ed 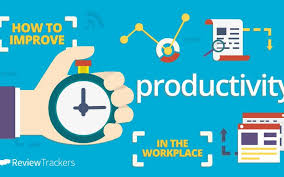 Productivity is the ratio between volume of inputs and output. It measures how efficiently inputs, like labour and capital are used to produce a given level of output.

Production is the act of creating an output – good or service – which adds value and contributes to the utility of individuals. To survive, therefore, every individual must produce what best he/she knows to produce for an exchange for other good/service he/she desires. That was Trade by Barter. Because of its cumbersomeness, such as durability and portability of the goods and getting required good or service to exchange with, amongst others, a better means of exchange which would be acceptable to all was introduced – Money. Everybody now produces good he/she is best at or render his/her best service for a newly-evolved means of exchange – money.

The earned Money will consequently be used to acquire goods/services. Hence, there is a symbiotic relationship between money and goods and services. Without goods and services produced, money becomes only paper and ink – useless! For instance, if the Federal Government decides to print money and gives every Nigerian N500 million (Five Hundred Million Naira Only), what will happen? Nobody goes to work to render any service again. Nobody produces anything again. No farmer goes to farm again. Mechanics would not go to shop again and so on.  Why should they, since the essence of good to produce and services to render is money which everybody already has?  The chaotic situation the society will find itself is better imagined.

In another way, Nigeria’s budget for the year 2020 is approximately N10, 000,000,000,000 (Ten Trillion Naira only). Assuming that the Federal Government shares it equally among approximately 200,000,000 (Two Hundred Million) Nigerians equally, each person will get N50, 000 (Fifty Thousand Naira only) which translates to N136.9 (One Hundred and  Thirty-Six Naira, Nine Kobo only) daily which is about 30% of $1(One Dollar). That implies there is no security, no infrastructure, no workers’ salaries, nothing. Can this N136 take care of anybody daily? As big as the Ten Trillion Naira looks on the surface, it is grossly insufficient. This partly explains glaring mass poverty in the land.

We started getting it wrong when we began to rely on oil revenue alone, paying lip service to diversification. The long military rule worsens the matter, making work to cease as the basis of wellbeing; thus shifting emphasis to connection to government, ‘settlement’ with unearned income. Successive civilian governments after the military rule failed to invest in infrastructure, functional education for skills acquisition, research, development, etc.

Citizens also queue behind the Government in the ‘settlement’ mentality, especially the majority among the set of generation beginning from 1990s till date, with negative media contents in music, movies, etc making matters worse.

Massive production of one product alone, cow and cattle, could give avalanche of jobs and resources for the citizens and government. The average weight of a cow in other climes is between 450 and 1,500 kg. In Nigeria, cow weighs between 80 and 150kg. cow and cattle rearing are left in the hands of the traditional producers that are mostly in the Northern part of Nigeria, who operate with nomadic lifestyle and rely on open grazing approach rather than modern ranching practices, which has led to serious crises, violence and untold losses in life and property.

As ancient and conservative as this production approach is, studies reveal that it generates $6.8 billion of the potential income of $20 billion annually, which implies about 12% contribution to the Nigeria GDP. With a population of 200 million, Nigerians require several cattle to satisfy their demand which is being complemented by importation.  For a serious government, millions of jobs could be created around Animal Health Companies, Nutritionists and Animal Care Specialists, Cattle Associations, Cattle Feeders, Beef Processors and Beef Marketing Companies that will design and develop expertise required to digitalise manual procedure and practices in farms and ranches.

Cattle by-products and wastes are of immense economic benefit. For instance, cattle blood can be used as sprays in insecticides and fungicides, fibre, plastic and as a foaming agent in fire extinguishers. Horns and hooves are crude protein sources for poultry diets. They are supplemental protein, if mixed professionally with other materials to ducks. They are used for fertiliser and also as edible products for bread and biscuit for human consumption. It can be used as an alternative to egg white in the baking industry.

For a creative government, the commendable 774,000 jobs to be created for youth this year 2020 could be built around mineral material resource advantage in each of the 774 local government areas. Where there are deposits of Gold, Granites, Limestone, Palm oil, etc, these 1,000 youth would be useful agents in production at commercial scale of these resources wasting away.

In conclusion, free money, like manna from heaven, is not what we should strive for. Doing so will mean embracing sense of entitlement that inevitably leads to fraud and violent crimes. As citizens, we must eschew envying looters who become emergency rich men/women and who have foisted this pathetic situation on us. The choice is neither depression nor suicide.  First and foremost, it is our collective responsibility to find ways and means to start small and grow in any productive engagement suited to our passion. Only then can we grumble about the enabling environment that government refuses to provide, and intensify our grumble should the government continue to ignore the complaints by redeeming our society through changing such government that refuses to change from the old ways of disempowerment, poverty and penury. If we fail, we shall be dragged towards perdition.

Donald Trump And The Muslim World, By Reuben Abati

Seriake Dickson: Blessed Are The Peacemakers