EDITORIAL: A Response To The Hyperinflation

THE response of the Lagos State Governor, Babajide  Sanwo-Olu, to the cost-of-living-crises is laudable and should be emulated across the board and in every sector.  The Governor, a few days ago, signaled pay rises of up to 25 per cent in some of the Lagos State government agencies. Inevitably, there will be cynicism since…”
Yusuf
Editorial featured Op-Ed 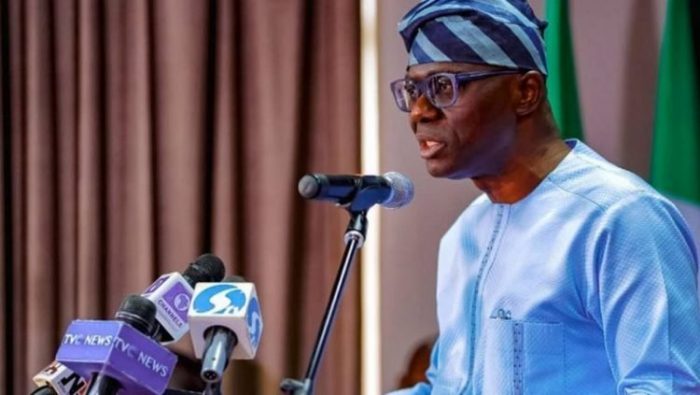 THE response of the Lagos State Governor, Babajide  Sanwo-Olu, to the cost-of-living-crises is laudable and should be emulated across the board and in every sector.

The Governor, a few days ago, signaled pay rises of up to 25 per cent in some of the Lagos State government agencies. Inevitably, there will be cynicism since the announcement is coming weeks before pivotal elections in February. We will brush this aside as we are not into the indulgence of nay-saying.

The issue of ‘Cost Of Living Allowances’ (COLA) was etched into the memory in the nineteen-sixties and the intervention of the famously effective “Labour leader No 1” Michael Imodu who insisted on this as a valid adjustment to inflation and as the best way to support the least protected sectors. This makes sense, for inflation is a punitive tax on the least protected strata.

Inflation at the time of Michael Imodu compared to what we have today was minuscule. In a previous era, we didn’t have the distorting effects of multiple exchange rates, high-interest rates as well as the devastating effects of the aftermath of the “Structural Adjustment Programme”.

Today, we have a whole range of debilitations leading to hyperinflation. The case for adjustments to the cost of living increases is clearly irrefutable and has to be faced.

The response to the crisis in the cost of living is the critical issue now in the United kingdom, resonates in the USA and in virtually every country today as the world struggles in a post-COVID-19  recovery as well as the disruption wrought by the Ukraine and Russia war.

In a country like Nigeria which does not have structured social safety nets, the need for cost of living adjustments is imperative. Kudos must go to exemplary figures such as a former governor of the State of Osun, Rauf Aregbesola who placed social intervention programmes at the heart of government policies. We must also recall going further back Lateef Jakande, Sam Mbakwe, and others.

In this period of uncertainty, we must follow the example of Lagos State. To do so, there must be a streamlining of the costs of the machinery of the government by eliminating wastes and leakages. We must remember that macroeconomic stability focused on price stability is the only assured route to the attainment of social justice. Furthermore, the emphasis must be on production to generate revenue and a move away from the obsessive sharing from a diminishing trough.

It is to be hoped that we are seeing a much-needed shift in the territory of the discourse towards the mindset that government exists not to cater for a few but to uplift the overwhelming majority of the people and their families. In this way, we begin a journey towards the construction of a new society.

China’s RBI – Before We Are Left Behind Again