The festival was initiated by former Governor of Cross River State, Mr. Donald Etim Duke, as part of activities to mark Christmas celebrations. The quality of the celebration in the state has dramatically changed. And from its humble beginning, it has now become an international event, which several countries take part in. Hitherto, the state…”
Editor
Entertainment News 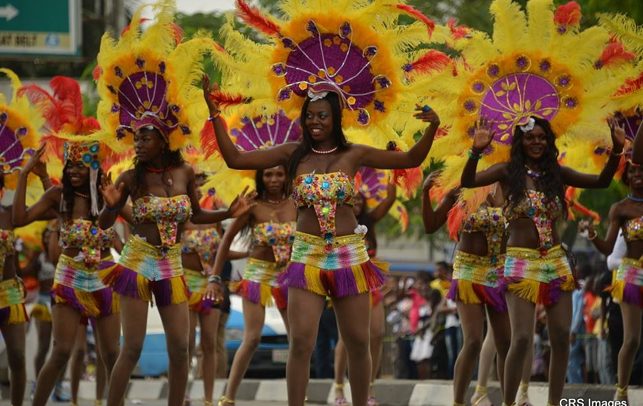 The festival was initiated by former Governor of Cross River State, Mr. Donald Etim Duke, as part of activities to mark Christmas celebrations. The quality of the celebration in the state has dramatically changed. And from its humble beginning, it has now become an international event, which several countries take part in.

Hitherto, the state used to package it as a month-long event, which usually begins from December 1st, with the switching on of the Christmas tree. On the timetable, the needs of locals and tourists were adequately served.

When Senator Liyel Imoke took over in 2007, he sustained the tempo and even introduced the mountain race, which boosted the celebrations, and attracted tourists and elite athletes to the state.

However, since Senator Ben Ayade mounted the saddle as governor, he shrank the hitherto month-long festivities to just two week, and without a detailed timetable as was the case.

The 2017 edition, with the theme “Migration,” did not start with the usual tree-lighting, but the Christmas Village at Calabar Municipal Council was in place right from December 1, and thousands had fun buying and selling.

Other events that were part of this year’s celebration were the display of major Cross River State and some African cuisines, which was coordinated by Senator Florence Ita-Giwa. There was also the Calabar Carnival Bikers Parade, and motor race, which featured exotic cars; Miss Africa Beauty Pageant; the main carnival float and the international carnival, as well as, old people’s beauty contest.

Ayade and Duke wowed the crowd with their exotic bikes in the bikers’ parade, which featured over 250 bikers from Nigeria, Togo and Morocco, on December 27. Showboating Ayade participated with his Red Scorpio Tricycle, after displaying his vintage convertible car.

During the Miss Africa contest, Ayade, called for the integration of the African continent, reasoning that it should work as one country in order to facilitate development, and urged Africans seeking greener pastures to return and help build the continent.

Ayade whose speech centred on migration, said it was made to draw the attention of the world to the problems of illegal migration bedeviling the country and other African countries today.

He said: “Today in Calabar, we have people from the United States, Germany, Mexico, Sweden and others celebrating with us in this carnival; we want to tell them that Africa is so rich. Sometimes we begin to wonder why we have young Africans going through Morocco, the Mediterranean Sea, Sahara desert and all these difficult routes to find themselves in Libya, where they are being used as slaves and treated as sub-human beings.”

He said the carnival was to “tell the world that Africa is the richest continent. Africa is blessed; we have everything; and we have no reason, as young men and young women to struggle to leave the African continent. We are telling this story of pain, melancholy and frustration that indeed, the best place you can be is Africa.”

Some of the beauty queens, who decried why Africans should engage in illegal migration, urged youths to stay back in their countries and get the best of them.

They equally urged African leaders to provide an enabling environment, create empowerment programmes for their youths, just as they described illegal migration as second and modern-day slavery.

At the end of the contest, which is in its second year, Gaseangwe Balopi of Botswana emerged the winner, and took home $35, 000 and a Ford Edge Sport Utility Vehicle.

Miss Rwanda, Fiona Naringwa and Miss Luyolo Mngonyama of South Africa were first and second runners-up in that order, taking home $10, 000 and $5, 000 respectively.

The carnival despite having the largest crowd-ever has been widely viewed as a flop considering the fact that tourists and visitors seemed not to have enjoyed the carnival float.

Signs of trouble began to show when an announcement the night before said all bands were to muster at 11-11 Roundabout, instead of having the five competing bands of Passion 4, Bayside, Freedom, Masta Blasta and Seagull muster at five different points along the 12 kilometre carnival route, a development that affords everyone the opportunity to watch at least three performing bands within a span of four hours.