By Sola Jacobs Governorship candidate of the Action Democratic Party (ADP) in the just-concluded governorship election in Osun State, Alhaji Moshood Adeoti has expressed his deep appreciation to all members of the party, religious leaders, Iwo community at large, and many others for their support for his governorship ambition.  He stated this in a special…”
Editor
Osun 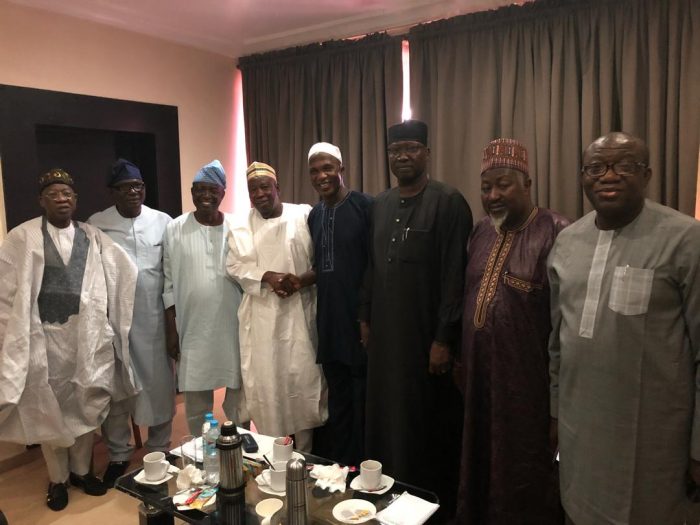 Governorship candidate of the Action Democratic Party (ADP) in the just-concluded governorship election in Osun State, Alhaji Moshood Adeoti has expressed his deep appreciation to all members of the party, religious leaders, Iwo community at large, and many others for their support for his governorship ambition.

He stated this in a special message issued and signed by his media aide, Mr Kayode Agbaje and made public in Osogbo, the state capital.

According to Alhaji Adeoti, he was particularly gladdened by the show of affection by all his teeming supporters across nooks and crannies of the state as reflected in the votes he garnered at the poll.

“I want to specially express my deep appreciation to all members of my party, ADP, religious leaders and Iwo community in particular for the massive support they expressed for my candidature at the poll.

“I am further moved by your calls and personal visits to my residence to further show your support,” Alhaji Adeoti stated further.

The ADP flagbearer however urged all his supporters not to be disturbed or discouraged by outcome of the election but to rather continue to pray that Osun State would be better for it.

Similarly, Senator Iyiola Omisore, the governorship candidate of the Social Democratic Party has appreciated the dedication of members and supporters of his party towards the just concluded election.

In a statement he personally signed and made available to journalists on Sunday, prior to the rerun election held in some polling units, he said “we shall continue to be commited to social justice and equity until we can be assured that our electoral processes are sanitized and give us the state of our dreams.”

The senator condemned vote-buying that he claimed characterised the just held election, saying he has solutions that would address the new trend permanently.

According to him, “On the 22nd of May 2018, I took the bold decision to seek election to the office of the Governor of Osun state under the platform Social Democratic Party (SDP). The past four months have been very exciting. I am delighted that our message of good governance and dignity has reached every corner of the state.

“Over the past four months, I have worked with committed people who have given time and resources to our shared agenda for restoration. I am happy that we have won the greater victory; the clarion call by all our people for good governance and accountability has been heard. We have positively impacted on electoral campaigns and elections in Osun state promoting inclusion, people centeredness and shield completely away from vote buying, voter intimidation and thuggery. Our campaign was factual, informed and inclusive.

“We shall continue to invest on democratic education and political awareness of our people, so vote buying is totally eliminated in the most peaceful and democratic ways.

Time To Rupture The Vultures – A Display Of Self Denial, Semantic Arrogance And Bad ‘Belle’ By Isiaka Owoade

Osun State’s Next Gov. Must Come From Osun West – Oyinlola