Yusuf Oketola A self-acclaimed house agent, Joshua Siyanbola, has been accused of using his father’s house to dupe some accommodation seekers in Osogbo, capital of the State of Osun. According to some of the accommodation seekers, Siyanbola usually take them to his father’s house located at Itedo Area of Ogooluwa, Osogbo, and refuse to…”
Yusuf
Osun 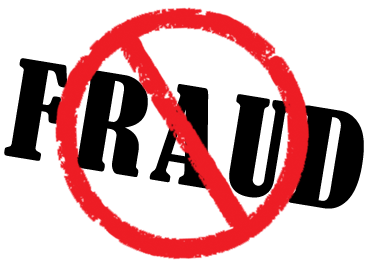 A self-acclaimed house agent, Joshua Siyanbola, has been accused of using his father’s house to dupe some accommodation seekers in Osogbo, capital of the State of Osun.

According to some of the accommodation seekers, Siyanbola usually take them to his father’s house located at Itedo Area of Ogooluwa, Osogbo, and refuse to pick up calls again after paying him.

Some of the victims who spoke with OSUN DEFENDER yesterday claimed that Siyanbola usually collect N50,000 for a room in a three-bedroom apartment.

After collecting the money, Siyanbola would allegedly refuse to answer their calls and would not release the room to them.

One of the victims, Femi Shittu, a photographer, told the medium that Siyanbola collected N50,000 on the pretence of letting out a room apartment to him from the said house.

According to Shittu, Siyanbola collected the money sometimes in the month of May this year.

He alleged that Siyanbola has been on the run since he was paid without giving out the apartment, adding that all efforts to reach him on phone proved abortive.

Shittu said he was informed by some Siyanbola’s neighbours that he has been scammed.

He said he was told that a lot of people, especially corps members, have also been victims of Siyanbola’s fraudulent practice.

Shittu said: “I met Siyanbola when I moved to Osogbo last year from Akure and I got my first apartment through him. When I’m about to get a new accommodation in May this year, I contacted him and he told me he would let out a room apartment to me from his father’s house at Itedo area, Ogooluwa, Osogbo.

“He told me the rent was N60,000 but I was able to raised N50,000 which I paid to him with a promise to pay the balance as soon as I moved in. When I’m about to move to the place, I called him but he said he was not in Osogbo.

“Last Saturday, October 1, 2022, I called him again and he told me he didn’t have money to come down to Osogbo from Ipetumodu, saying that he was having issues with his bank account. I sent a sum of N3000 to his Kuda bank account to facilitate his movement to Osogbo.

“Since then, he has not been answering my calls nor replying WhatsApp messages. I went to the house on Sunday and met his father at home. He also said he was unable to reach him on phone.

“I later found out from people staying around the house that the guy has scammed a lot of people, especially corps members with the house. After showing them the house, he would collect money and abscond.

“I called the father on phone last week but he accused me of conspiring with his son to use his house to dupe people. I tried to explain to him that I’m also a victim but he wasn’t listening”.

Reacting to the allegations, Siyanbola, in a telephone interview with OSUN DEFENDER on Tuesday, confessed that he collected the N50,000 from Shittu and refused to let the house to him as promised.

He said he was indebted and has used the money collected from Shittu to settle a police case.

“All what he accused me of is true. I am ready for the consequences. I was indebted, I used the money to settle a police case and I have been unable to sell a laptop of mine”, he stated.