By, Uchechukwu Ugboaja As the investigation into the local content component and cost variations of the Total Upstream Nigeria Limited $16 Billion Egina Deep Sea Oil Project continues, the Senate has declared that there is an urgent need to amend the Nigeria Oil and Gas Industry Content Development (NOGICD) Act, 2010 as its is currently…”
Yusuf
Economy 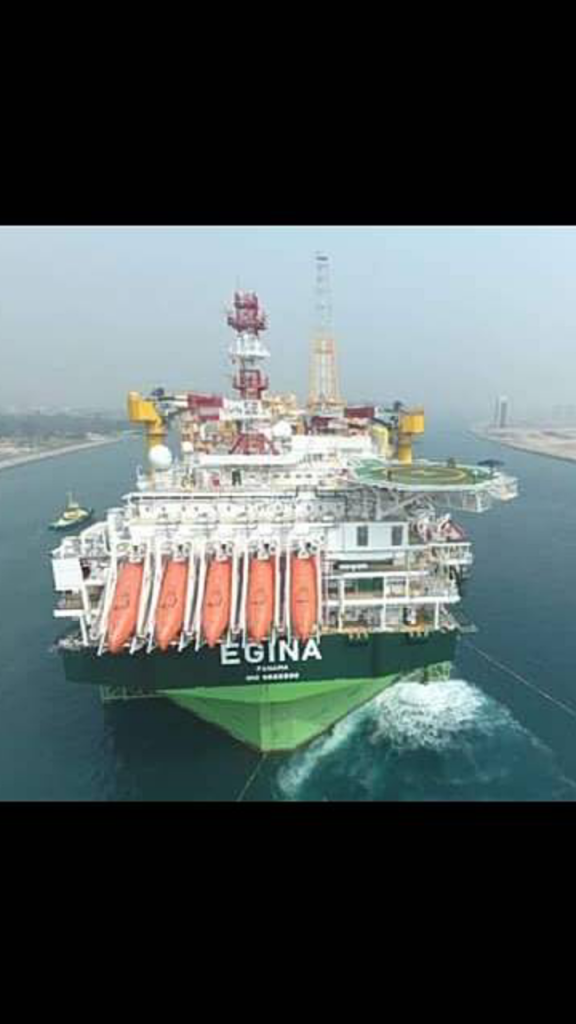 As the investigation into the local content component and cost variations of the Total Upstream Nigeria Limited $16 Billion Egina Deep Sea Oil Project continues, the Senate has declared that there is an urgent need to amend the Nigeria Oil and Gas Industry Content Development (NOGICD) Act, 2010 as its is currently not achieving the aims for which it was enacted with Nigeria and Nigerians being the big losers.

The chairman of the Senate Ad-Hoc Committee on Investigation into the Local Content and Cost Variation of  $16billion Egina Deep Sea Project, Senator Solomon Adeola made the declaration during one of its sittings as the investigations has shown various loopholes in the Local Content Law that are being exploited by foreign companies with some local collaborators.

“From what we are discovering in this investigation, it is clear that the Local Content Act is not achieving much result with Nigeria losing billions in expatriated hard currency and not much local skill or transfer of technology taking place. We have a case of award of a contract of $42million to a supposedly local company by Total Upstream Nigeria Limited under the Egina Project with Total making direct payment to another foreign company on behalf of the local company in just a pipeline procurement contract without the money passing through the Nigerian company. This is unacceptable and is a way of circumventing the NOGICD Act. It is apparent that indigenous companies are just being used as conduit pipe when they are used at all.” Senator Adeola declared.

However the Group General Manager NAPIMS, Barr. Roland Ewubare decried attempts to create an impression publicly that some individuals or organisations may be deliberately undermining the Local Content Act by way of collaborating with IOC’s to fleece the nations oil assets.

While representing the GMD Dr. Maikanti Baru, and the COO of NNPC at the investigative hearing on Tuesday, Barrister Ewubare stated that activities in the oil & gas industry are only understood by logical minds because its operations are in tandem with global best practices which are unique to the industry. This statement was in response that an allusion to the chairman’s statement that some documents demanded by the committee from the NAPIMS with respect to approvals for the variations of the same contract with Total should not be back dated.

This comment didn’t go down well with the GGM who was absolutely livid at the impression given by the Senate Ad-hoc Committee that there could be obvious collusion on the part of NAPIMS to cover up acts tantamount to abuse of the local content laws.

The former Secretary of the National Human Rights Commission seized the opportunity to further passed a vote of confidence on the NNPC’s partner Total who he claimed so far have lived up to their side of the bargain in the ongoing Egina Project. In his words, “there is nothing Total has done that can be described as arbitrary in my opinion so far, but if there are any issues we have existing mechanisms in the contract to resolve them at the end of the project.”

He further lamented why the Senate will call for an audit of an NNPC project and also expect the NNPC or its partners Total to pay for the audit which was never budgeted for in the course of the project.

Industry analysts and watchers are concerned that the ongoing investigation by the Senate ad-hoc committee could further erode the confidence of other prospective investors into the country’s oil and gas sector as the world is watching the Egina probe almost take the shape of a ‘trial’ of the French oil giants and its partners.

However, it is worthy of note that the ad-hoc committee had made startling discoveries of “unqualified foreign companies” like NOV Oil and Gas Nigeria Limited  cornering multi-billion dollar contract  that should ordinarily go to Nigerian companies from Total Upstream while various kinds of  suspicious variations of original contract sums running into millions of dollar are embedded in the Egina Project stressing that it is either the regulatory mechanism under NOGICD is weak or there are collusion from the Nigerian end to undermine its efficacy.

The Chairman said the new amendment to the Act will seek to place final approval for projects and its execution under the NOGICD Act in the National Assembly to ensure strict compliance adding that from revelations so far many things are being done wrongly to the benefit of International Oil Companies (IOCs) and a few local collaborators against the interest of Nigeria and Nigerians in general.

We will recall that a member of the committee Senator Chukwuma Utazi who revealed that before becoming a Senator he was part of the civil society group that fought for the passage of NOGICD Act regretted that from what is being revealed it seems that all Nigeria have done is to get local collaborators with IOCs to fleece Nigeria of its resources adding that if Nigerian companies cannot benefit from mere procurement contracts, it is unlikely we benefit from technical aspects of the oil and gas industry contracts.

During the proceeding Mr. Mario Lagunes, the managing director of FMC Technologies Nigeria Limited, a Mexican, that got a subsea pipe contract that was varied from $1.3billion to $1.6 billion on the Egina Project told the committee that his Nigeria company is 100% owned by a parent company in Netherland and its dividend are paid to the offshore owners.

The committee frowned at a situation where three quarters of FMC Technologies Limited procurement were purchased abroad with approval of regulatory bodies in flagrant contravention of the NOGICD Act.

It will also be recalled that the Senate resolution to investigate Egina Project was passed to ensure Nigeria derive maximum benefits from the project and to avoid any lapses that may be discovered in two similar offshore projects namely Bonga Southwest, Aparo and Zabazaba that are on stream to come up in the industry.

The issue of transfer pricing and taxation was considered especially why these companies keep taking money out of the country arbitrarily. In view of this the committee confirmed that representatives from the FIRS will be available in the next hearing to clear the air on this issue specifically to ascertain the tax status of these foreign owned companies.

According to the Senator Adeola, “A company like the FMC which is 98% foreign owned is alleged to have been established for the purpose of this Egina Project and you know when you take larger percent of your profit out of the country it will be considered as transfer pricing because even in Houston, Texas which is the hub of the American Oil & Gas industry there are projects which are exclusive to American citizens alone.”

This is why we need FIRS and other relevant government agencies to appear before us and give us their take on all of these, as no further approval will be given by the NOGIDC Board except through the National Assembly.”

How can NAPIMS sign a contract with Total and Total issues a different contract to it subcontractors who are indirectly coerced by Total to give approval to a specific company for the purpose of executing a contract in the Egina Project.”

“In fact Zabazaba and Bonga South-West will not be approved by National Assembly until investigation into the Egina Project is completed,” he said.

How can NAPIMS sign a document on behalf of the Nigerian government and Total goes ahead to offer a contract document different from that which NAPIMS signed which have led to a variation to the tune of $1.3 billion when the funding is 90% in dollars and 10% in naira without the project being executed yet”.

“What could have led to these inflations when foreign exchange differentials have remained constant as 90% is paid in dollars?”

In the light of these, the Senate Ad-hoc Committee have confirmed that a forensic audit will be carried out by an American company with a 16 weeks deadline to submit its report to the committee and if anyone is found wanting the penalty will be severe.

The committee also requested the presence of Samsung Goje South Korea over their role in the role of Ladol over a work yard which was built for $150 million dollars but was quoted to have built by Samsung for $300 million in the contract given to them by Total.