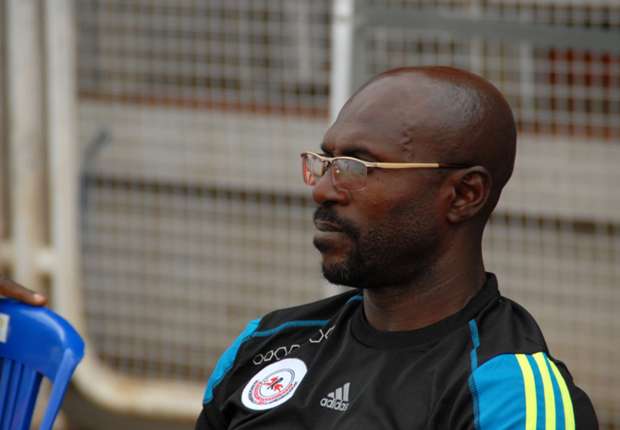 El Kanemi Warriors attacking midfielder, Isiaka Olawale has said his side are having the best moment under new manager, Imama Amapakabo.

Olawale said the new manager, Amapakabo is the type of coach that works very hard to help bring out the very best in their players.

“We trained under him just one week in Maiduguri where he stated clearly his expectations from each and every one of us before we headed to Benin City for preseason camping.

“The few days with him have been quite eventful and revealing, too before he heads off for the national assignment with the Super Eagles.

“He likes intelligent and skillful players as he strives to encourage us to come up with our very best talent. Once you are intelligent, skillful and hardworking you will enjoy him to the fullest.

“Coach Amapakabo is not the type of coach that puts his players under unnecessary pressure he allows us room to express yourselves.

“I think everyone of us is quite happy with him and ever ready to give him the fullest cooperation to succeed in his onerous assignment.

“We look forward to achieving a lot under him, we have the league and Aiteo Cup to play, we are expecting to win titles under his reign.

“We have assured him of maximum cooperation as we pray that God will help him to replicate the performance at Enugu Rangers here in El Kanemi Warriors,” said the former Dolphin goal poacher to supersport.com.

The Maiduguri landlords finished seventh on the 20-team top-flight log on 49 points in the out gone season 13 behind league winners, Plateau United.

French Open 2018: Djokovic Cruises Into Next Round