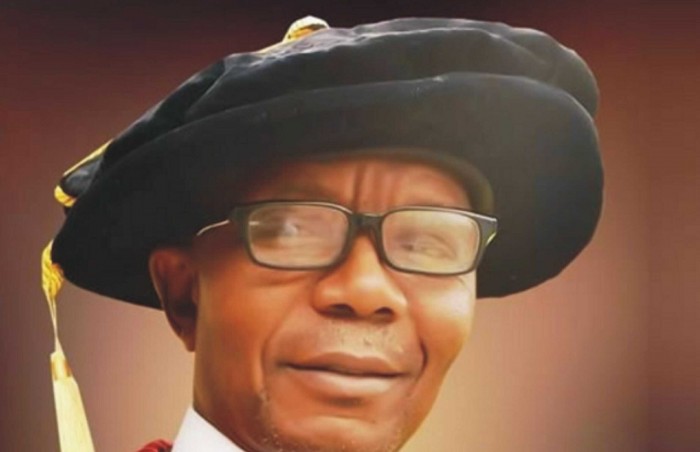 The Student Union President, Comrade Muideen Olanrewaju while speaking on the investiture of Professor Labode Popoola stated that Professor Popoola was considered to be the pioneer patron of the OSUSU after series of deliberation by all the students of the University and carefully examining his support to the union ranging from being ready to listen to them, consistent assistance in all areas of the Union’s needs, donation of mobility vehicles among others decided to install him as their pioneer patron.

According to him, “Professor Labode Popoola is a leader whose door is always open for us anytime any day, he doesn’t act like the Vice-Chancellor to us but acts like our father and it is because of this that all students have the courage to call him any time when being faced with any challenge.

The student union consisting of all class representatives, departmental presidents, faculty presidents and executive of the student union met to deliberate on who to be installed as the pioneer patron and the only person that everyone agreed on is Professor Labode Popoola for his good deeds in the University, establishment and development of the Osun State University Student union”, he stated.

Professor Labode Popoola who was speechless while receiving the award, gifts and being decorated as the pioneer patron of the Student Union was escorted by the students, staff and friends of the University after a handing-over to the newly appointed Acting Vice-Chancellor, Professor Afeez Adefemi Bello with commendation songs as he drove out the University premises.