To prevent Ebola outbreak, Uganda has set in place measures to ensure that the recent spread in Democratic Republic of Congo  to ensure that the deadly virus is prevented. Sarah Opendi, minister of state for health, told Xinhua by telephone on Wednesday that health workers in the western border districts have been put on high…”
Editor
News World News 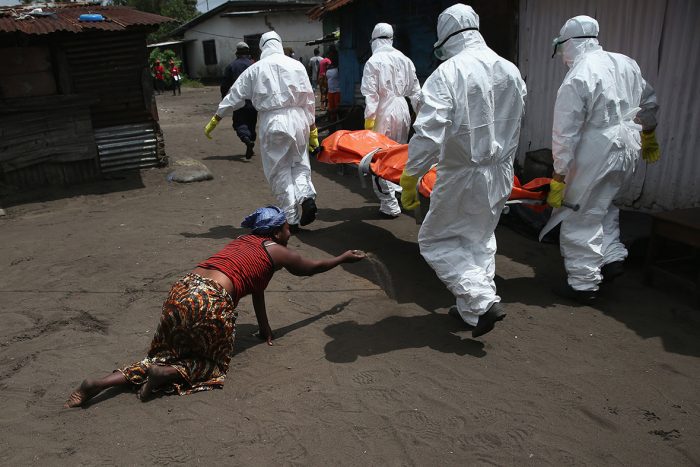 Sarah Opendi, minister of state for health, told Xinhua by telephone on Wednesday that health workers in the western border districts have been put on high alert to monitor and screen all people coming from DRC after the outbreak was reported in the northwest Equateur Province.

“”It’s confirmed we have an outbreak of Ebola in DRC. This is quite unfortunate. As ministry of health we have already contacted the border district health teams.

“They have their task forces to be on alert to ensure there is adequate surveillance,” said Opendi.

“We are going to establish screening centers in the borders to ensure that we screen all the people who are coming from DRC,” she said.

The minister said the ministry of health is also going to open an Ebola screening facility at Entebbe International Airport, about 40 km south of the capital Kampala.

“Even at the airport we are going to ensure there is a screening facility at the airport so that all people coming into the countryespecially DRC and neighboring countries are screened,” said Opendi.

She urged the public to be vigilant and report any suspicious cases to health workers for immediate attention.

Health authorities in Kinshasa on Tuesday confirmed an outbreak of Ebola in the Bikoro Health Zone, northwest DRC’s Equateur Province, with two cases being confirmed by the laboratory of the National Institute of Biomedical Research.

According to DRC authorities, it was on May 3, that the provincial health division of Equateur reported at the central level of the Ministry of Health 21 cases of fever with signs and 17 deaths in the Ikoko Impenge health area located in the province.

With this reappearance of the Ebola outbreak, the DRC is at its ninth Ebola outbreak since 1976. The last outbreak recorded by the country took place in May 2017 in the northern province of Bas-Uele which killed four people.

The Ebola virus is highly contagious and causes a range of symptoms including fever, vomiting, diarrhea, generalized pain or malaise and in many cases internal and external bleeding.

Mortality rates of Ebola fever, according to the WHO, are extremely high, with the human case-fatality rate ranging from 50 per cent to 89 per cent, depending on viral sub-type.